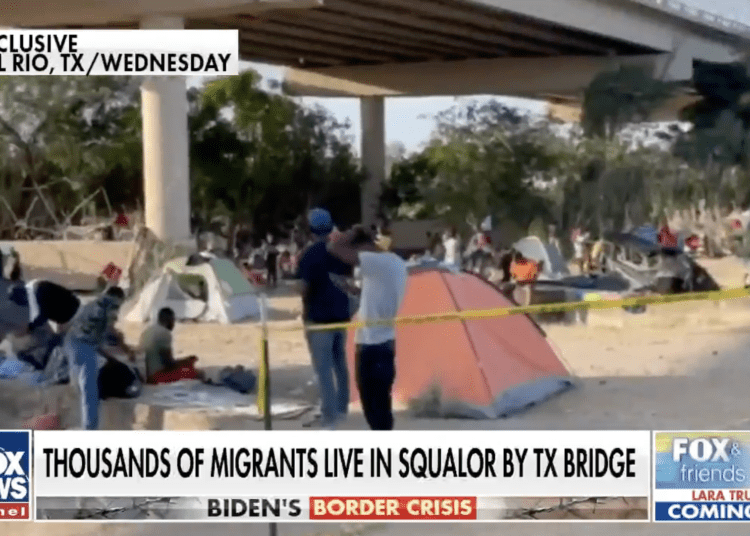 The state of Florida is suing the Biden administration over its “illegal” catch-and-release policies at the Southern Border, Fox News reported.

Florida Attorney General Ashley Moody filed the lawsuit against the administration Tuesday, as part of a joint effort with Florida Gov. Ron DeSantis to “uphold the rule of law despite the Biden administration’s decision to violate the law.”

“The Biden administration’s illegal border policies cause Florida harm,” the lawsuit claims. “Many of the aliens illegally released by the Biden administration are arriving, or will arrive in Florida, harming the state’s quasi-sovereign interests and forcing it to incur millions of dollars in expenses.”

The civil action was filed in the Pensacola Division of the Northern District of Florida. The defendants in the suit are the Department of Homeland Security, its component agencies, like Immigrations and Customs Enforcement (ICE), as well as Homeland Security Secretary Alejandro Mayorkas, top officials from ICE, Customs and Border Protection (CBP), and U.S. Citizenship and Immigration Services (USCIS).

The attorney general is also suing the United States itself, Fox reported.

Under immigration laws per U.S. code 1225, when individuals arrive in the United States, either at ports of entry, or when caught crossing the border illegally, they are considered “arriving aliens,” according to the news outlet.

Hence, according to federal law, those individuals are required to be detained until a decision is made as to whether they are to be admitted to the country, with rare exceptions. This rule applies even if the individual is claiming asylum. Yet in those instances an immigration judge would determine if the person is entitled to asylum before release into the U.S. interior.

Florida’s lawsuit alleges the Biden administration’s immigration policy is either in violation of these laws, or simply an abuse of their authority.

“The government is not free to ignore the clear commands of Congress,” the lawsuit states. “It has claimed that it lacks the resources and detention capacity to process the surge of migrants at the border.”