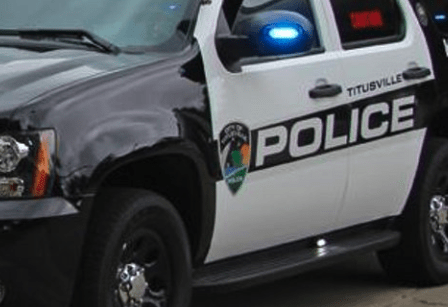 TITUSVILLE, Fla. – A Florida police officer is now facing a manslaughter charge after a fatal shooting in December, according to the Brevard-Seminole State Attorney’s Office.

The state attorney announced the charge against Titusville Police Officer Joshua Payne for the death of James Lowery, 40, in a news release Wednesday.

Payne was one of several officers who responded to a 911 call regarding a male suspect attacking a woman along South Deleon Avenue on Dec. 26, the release said.

Although Payne believed Lowery looked similar to the suspect, he was not involved, ClickOrlando reported.

Before this was known, Lowery fled while Payne tried to question him, according to the state attorney.

Payne deployed his Taser, but it did not have the desired effect. Lowery managed to climb a fence, at which point Payne drew his duty weapon and climbed the fence while reportedly holding both his handgun and Taser, according to the press release.

In the process Payne discharged a single round, which killed Lowery, records show.

The Florida Department of Law Enforcement investigated the shooting. Upon review of the investigation, the state attorney decided to file the manslaughter charge against the officer, the news outlet reported.

Payne surrendered at the Brevard County Jail Wednesday morning on a $15,000 bond.