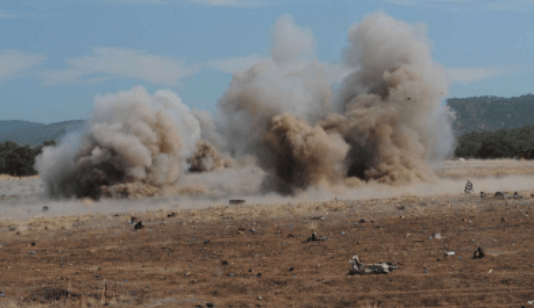 Sometimes technology helps you and is your friend. … The other 94% of the time, it causes rising blood pressure, organizational frustration, and in this case, an expensive repair invoice.

The Tarravel Police District in San Francesco is a nice place to work, if you don’t mind the salt spray from the nearby Pacific Ocean eating away at your car’s paint job, and the whip saw on again-off again type of police work that it entails.

Instead of the steady drum beat of shots being fired every single moment such as in the Potrero, or the continuous gangbanger violence of the Mission, you had a lot of very quiet middle class folks living in an urban suburb type setting, where they only occasionally tried to kill each other over street sweeping tickets and double-parked FedEx trucks.

Sure, we had a mid-watch cop get called to a break-in at the San Francisco Zoo, which wound up with him shooting an honest-to-gawd Tiger. Then there was the boatload of Chinese refugees that rowed ashore one dark and stormy night to our beach from their Trans-Pacific mother ship, who then ran en-mass into Golden Gate Park to be caught in our famous Tulip Garden, but heck; This WAS San Francisco after all!

And then there was the every-weekend Garage Sale Mania

I’m a big supporter of ground level capitalism, as opposed the socialist bent that some other Bay Area cities espouse; (Looking at you, Peoples Republic of Bezerkeley!).

It just got really old that every Saturday and Sunday, THOUSANDS of gimlet-eyed, penny-scraping, haggle-you-to-death nimrods would descend on my ordinarily quiet streets, and then would haphazardly double, and triple park cars everywhere while they, “Just looked at a few items on that card table over there.”

A massive blood clot in your aorta would be easier to deal with than a lot of these people.

Question: Why would anyone leave a beautiful and shiny electric blue 428 Cobra replica race car triple parked, driver’s door standing open, music blaring, and the engine still running, while you spent 20 minutes looking for some knickknacks for your mantle piece inside a garage?

(Yes, I gave him a ticket, and YES, he beefed it to my captain.)

One day, a little old lady called up, and said she thought a woman “had a BIG bullet for sale in her garage.”

My sergeant went there, saw that it was a 3-foot-tall wooden replica of a 16-inch Naval practice shell from WW2, and nearly bought it herself. Then, as she was chatting up the wife of the now-deceased Marine Corps veteran who brought back the thing from the Pacific, the wife said:

“What should I do about the rest of his war souvenirs and such?”

With trepidation, Sgt Thorne said, “Ma’am, what are you talking about?”

“Oh, just his old Marine Corps footlocker over there that has all of those knobby green things with pins sticking in their handles.”

Thorne went over, gingerly opened the battered green locker, and saw about 25 VERY old frag grenades moldering away in a state of blissful decomposition. Noting that this cache of 1943 explosives was underneath the house’s gas meter, she did the smart thing, evacuating the entire block around ground zero, while calling out for everyone in the world to drop their donuts and get over there pronto.

Speaking of the Bomb Squad.

Little know factoid: When someone chooses to swan dive off of the nearby Golden Gate Bridge, the Bridge Police would throw a water-activated magnesium and phosphorus smoke raft into the water to try and track where the suicide-ee would float to.

Because of the winds and ocean currents, those highly visible trinkets would sometimes wash up on the Ocean Beach shoreline in my district.

One very high-tide morning, we started getting a bunch of calls about a “burning boat wreck” at the end of the Great Highway, adjacent to the hang glider landing field.

I went out to see what was going on and could see the telltale white smoke blocks way before I even got there.

My luck: One half mile further south and I could have kissed this entire thing off to the Daly City Police.

The beach “from the high-tide line to the waters edge” was Federal Park Ranger property. (I guessed that the Coast Guard had it from that edge all the way to Samoa.)

The stairs and sidewalks were the SF Public works area (SF Park Police), while the roads and medians themselves were either California Highway Patrol, or SFPD responsibility, depending on who got there last.

Curiously, neither the CHP or the Feds had an EOD crew on-call at that moment, so I drew the short straw for the callout and reporting duties.

While the Federal Rangers graciously cleared the beach of lookie-loos, and the Chippies set up their usual bizzlion array of road flares closing off the streets, I called the Bomb Squad. Amazingly, on this quiet Sunday hang-over recovery day, it only took 25 minutes for them to answer their phone

Luckily for me, Mark and Dino were the on-duty crew, and I knew them from my days at the Mission. “Inspector Gadget” and “The Greek” promised me they would be at the scene with some new “toys” as soon as possible.

TWO HOURS LATER, I heard the sounds of a behemoth diesel engine, and a former British Marine Armored Personnel Carrier waddled into the parking lot.

Dino popped open the driver’s hatch, and beamingly shouted how he loved his new ride, while Mark was up on top, getting some sun in the commander’s cupola. This 6-wheeled monstrosity had been donated to the SWAT team recently, and Dino told me he had just finished reading the drivers manual for this Mark II Saracen APC. This was apparently the first time he’d been allowed to drive it anywhere except the EVOC crash circuit at the Academy.

The extended response was because the Saracen could only make 6 MPH on city streets.

They dropped the tanks rear door ramp, and their equally new and hitherto untried remote-controlled robot clanked down onto the concrete. Of course, the steel and brass evolved critter had decals of the famous Star Wars Droid all over its shiny surfaces.

Gadget and the Greek “walked” the ‘bot down the stairs, and across the beach towards the still burning marker raft.

Knowing exactly what their target was from previous, less theatrical callouts, their intention was to place a small tamer explosive on the raft via the robot arm, back away, and then detonate everything as a live-fire kind of practice exercise.

That was a sound operational plan until the R2D2 clone got stuck in some wet sand.

The Federal Park guys had winches on their sand-jeeps, but their offer to pull the ‘bot out of trouble was put on hold, while Dino drove his cammo green metal cockroach onto the sand to use his own cable crank.

Pulling the Droid free caused two things to happen: While being pulled loose by the tank, it snapped a track, and then fell over sideways onto the wet salty sand. Secondly, the cable crank got stuck, leaving about 100 feet of armored wire sticking out of the front of the vehicle making it look like a broken gigantic pull-toy.

As conferences were held, and tow vehicles were arraigned, Mark unceremoniously walked up to the flare, dropped a small explosive charge next to it, and then after unraveling 200 feet of #2 wire (while shouting loudly, “Fire in the hole” several times), detonated the whole mess into little, tiny flaming pieces.

While the robot was ingloriously dragged into the APC by a Fed Jeep, it was discovered that the Saracen now had a “main electrical battery failure.”

It took four hours, (and six brand new Dino-purchased truck batteries) to figure out how to jump-start a 25-ton war wagon.

Mark, being the ranking EOD guy on the scene, got to write the major 20-page incident report, while Dino blocked Sunday afternoon traffic all the way back to the SWAT compound on the other side of the city.

I’d been watching this entire circus from the comfort of my black and white SUV. As I poured a final hot cup of expresso from my stay-warm thermos, I thought about what a nice quiet day it turned out to be in the Tarravel.