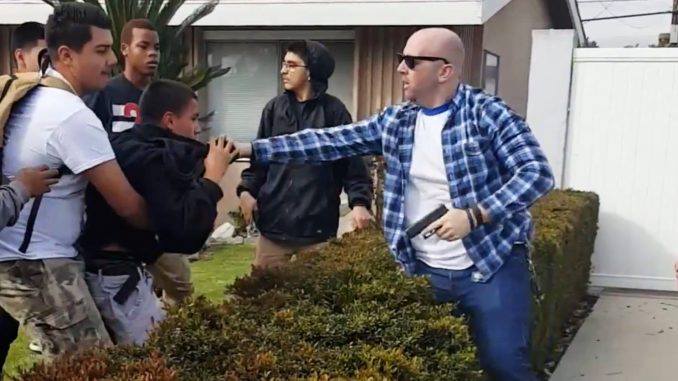 The family of a 13-year-old boy involved in an altercation with an off-duty Los Angeles police officer in Anaheim has filed a lawsuit.

LAPD Officer Kevin Ferguson fired his gun during the February scuffle, which was caught on video. The shot was fired into the ground and no one was hurt.

Footage of the incident went viral and sparked outrage and protests.

The boy’s parents, Alma Jimenez and John Dorscht, filed their civil lawsuit in Orange County last week. The lawsuit claims the teen was brutally attacked and was traumatized by the incident.

According to Anaheim police, the confrontation stemmed from ongoing issues with juveniles walking across the officer’s property.

The suit, which seeks unspecified damages, does not name either Anaheim or Los Angeles police.