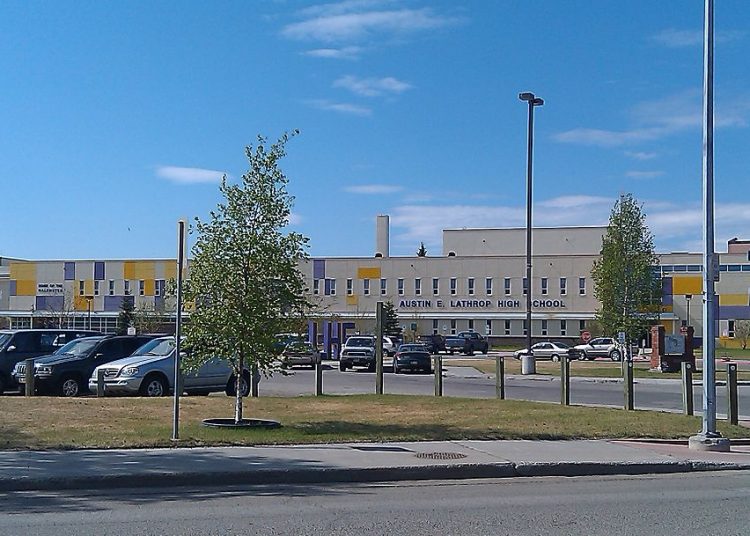 Fairbanks, Alaska -A Fairbanks school teacher has been put on administrative leave after she told students that George Floyd would be alive if he would have complied with law enforcement. She made the comments during a discussion in class about the case. A parent complained last week to administrators at Lathrop High School.

In a video of the discussion, Gardner does not defend Derek Chauvin, but says Floyd would be alive if he had complied with police orders.

“I’m an old white lady and if the cops came up to me and said, ‘Ma’am, put your hands behind your back, you’re going to jail,’” she said. “I’m putting my hands behind my back.”

During the conversation, a parent watching the online class stopped the teacher and told her that she should not be able to address the issue because she is white.

“I just disagree with the conversation in whole. I feel like this is something that, you know, like, Ms. Gardner, I don’t feel like you’re really able to address with you being a white woman. You know I am a woman of color,” the parent said.

“I am a woman of color,” the parent said.

While the complete video of the conversation was not available, it appears that Gardner was completing an explanation of why disparity existed with law enforcement contacts.

“Blacks make up 13 percent of the population,” Gardner says at the beginning of the video. “So that is a disproportionate number….when the cops run up on a robbery, they don’t know who is who at the situation.”

In a letter written to the parents, Principal Sween said that “through ongoing inclusivity training for staff, we continually improve our ability to identify concerns and respond quickly to situations that do not uphold our commitment to a safe, equitable environment,” she wrote.

Meanwhile, an investigation has been launched on Gardner and according to officials, she will remain suspended until that is complete.