He was reportedly traveling at 83 mph in 45 mph zone 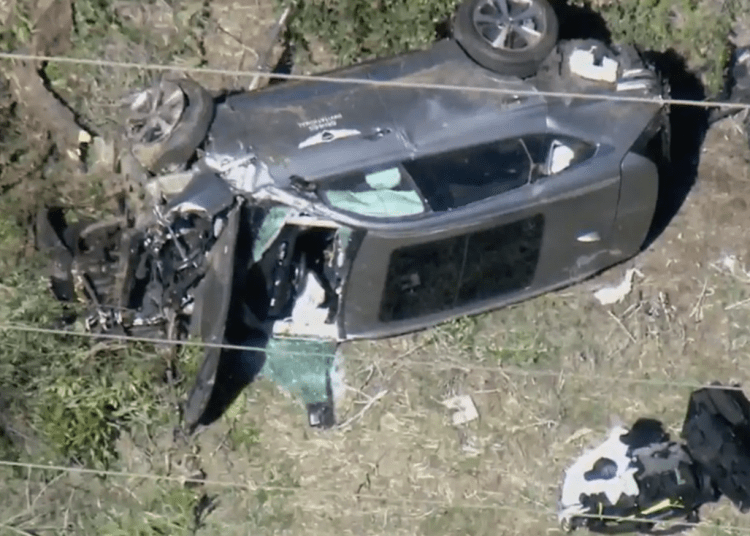 LOS ANGELES — The Los Angeles County Sheriff’s Department is expected to announce Wednesday that Tiger Woods was driving at 83 mph in a 45 mph zone at the time of his horrific crash — but that he will not face any charges or citations, according to a report.

Sheriff Alex Villanueva will cite speed as the sole cause of the accident during a press conference scheduled for 1 p.m. ET, according to TMZ.

Sources with direct knowledge told the outlet that Woods was speeding when he lost control of his loaned 2021 Genesis GV80 in Southern California on Feb. 23.

TMZ reported that it was told the golf icon will not be charged in the accident or issued any citations.

The 45-year-old suffered severe injuries after the SUV struck a raised median, crossed through two oncoming lanes and uprooted a tree on a dangerous downhill stretch, New York Post reported.

TMZ also reported it was told that Woods actually accelerated at the time of the wreck — and that just as he lost control, the vehicle gained speed.

“A cause has been determined, the investigation has concluded,” Villanueva said March 31.

“It’s completed, signed, sealed and delivered,” he added. “However, we can’t release it without the permission of the people involved in the collision.”

On Wednesday, TMZ reported that it was told Woods waived his right to privacy and authorized the release of the accident report to the public.