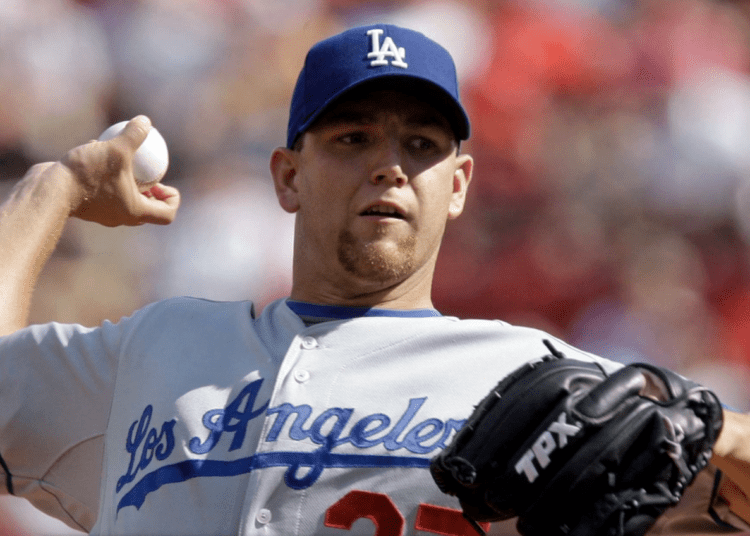 SCOTTSALE, Ariz. — Charles Haeger, a former pitcher for the Dodgers who had been sought in the killing of his ex-girlfriend, was found dead Saturday of a self-inflicted gunshot wound at the Grand Canyon, police said.

Haeger’s body was discovered about 4 p.m. on a trail along the South Rim of the Grand Canyon in northern Arizona, Sgt. Ben Hoster, a Scottsdale Police Department spokesman said in a statement Saturday night, ABC 7 reported.

Police were seeking the 37-year-old Haeger on suspicion of murder and aggravated assault in the fatal shooting Friday in the Phoenix suburb, Hoster said.

The victim was identified by police Saturday night as Danielle Breed, 34. Breed owned The Tipsy Coyote Bar and Grill in Scottsdale, the Arizona Republic reported.

Long traveled to Africa last year on a church mission. Her family says she had such a big heart. She was also a owned a bar in Scottsdale. #fox10phoenix pic.twitter.com/MAABDSpGKk

Hoster said investigators determined that a male roommate of the victim heard gunshots when he returned to the residence Friday and that moments later Haeger emerged from the victim’s bedroom with a handgun.

“Haeger then pointed the handgun at the roommate. The roommate quickly escaped out of the back of the residence, and he was able to get a neighbor to call 911,” Hoster said in a statement.

Before he was found dead, Haeger was described as “armed and dangerous.”

Haeger, a knuckleball pitcher, was drafted by the Chicago White Sox in 2001, and he pitched 83 innings in the major leagues from 2006 to 2010. His career included stints with the San Diego Padres, Los Angeles Dodgers, Seattle Mariners and Boston Red Sox organizations, ESPN reported.

He joined the Dodgers organization in 2009, and was initially assigned to the minor-league Albuquerque Isotopes. He was called up to the Dodgers later that year and remained on the roster in 2010 before he was sent back to the minor leagues.

His career record with Major League Baseball was 2-7 with a 6.40 ERA, according to MLB.com.