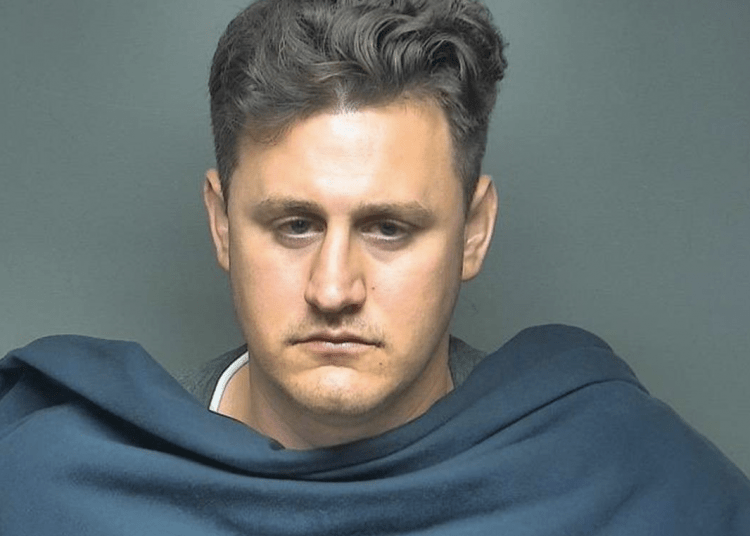 YORK COUNTY, S.C.  – A South Carolina man who is an ex-deputy has been charged with murder in the death of a retired lieutenant from the Rock Hill Police Department Friday afternoon, according to the York County Sheriff’s Office.

At 3:15 p.m. deputies were called to the Anderson Apartment Building at 108 East Main Street after Larry Vaughan was found dead in his apartment. Vaughn retired as a lieutenant with the Rock Hill Police Department.

Vaughan retired in September 2020 after 30 years of service and 20 years on the Rock Hill SWAT team.

The York County Coroner’s Office says Vaughn had been involved in a physical assault at the location., WSPA reported.

The investigation led to Evan Robert Hawthorne, 27, and the sheriff’s office obtained an arrest warrant charging him with murder in Vaughn’s death. The suspect was located on Friday about four hours into the investigation at the corner of Ebenezer Road and Hollis Lakes Road in Rock Hill. He was taken into custody and transported to the York County Detention Center.

YCSO reportedly confirmed that Hawthorne is a former deputy with the Chester County Sheriff’s Office, according to the news outlet.

Hawthorne was terminated in 2019 following a DUI arrest that stemmed from a single-vehicle auto collision while he was off-duty, but driving his patrol vehicle at the time of the crash, according to the police report. Consequently, he was fired by Sheriff Max Dorsey, the department confirmed with Fox 46.

Evan Hawthorne, 27, has been charged in the murder of retired Rock Hill police officer Larry Vaughan. Hawthorne was caught on Ebenezer Rd after Vaughan was found dead at his downtown apartment this afternoon. Condolences to all law enforcement. (No mug of Hawthorne yet).

“Our hearts break for our friends and colleagues at the Rock Hill Police Department and our entire law enforcement community,” Sheriff Kevin Tolson said in a written statement released Friday night. “I’m thankful for the diligent and the expedient work for our detectives during such a difficult case regarding an individual they know personally.”

Autopsy and toxicology results are pending. Further details were not provided as the case remains under investigation. However, detectives do not believe it was a random act of violence, WSOC-TV reported.

“The retirement of LV left us with a challenge having to replace someone with so much knowledge, experience, and dedication. The loss of LV has left us with a void that can never be replaced,” Chief Chris Watts said.

“We are grateful to Sheriff Tolson and the members of the York County Sheriff’s Office for their quick work in bringing closure to what has been a very difficult day for the members of the Rock Hill Police Department. We remember with gratitude the work of Lieutenant Larry Vaughan. He often served at our Council meetings and was always a reassuring presence in those meetings. Our prayers are with his family and the entire Police Department in the coming days.”