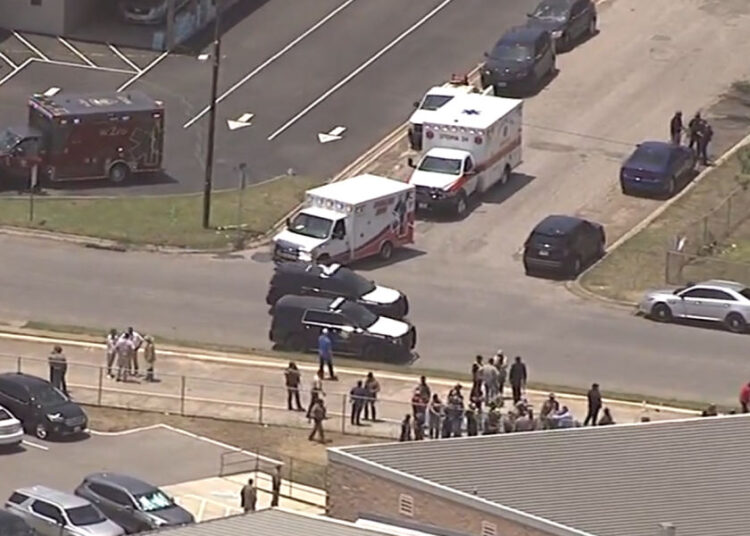 UVALDE, Texas — A shooting at a Texas Elementary School has reportedly killed 15 and injured at least a dozen others.

At 4:00 p.m., Fox News confirmed that 14 of the deaths were children. Previous reports listed two dead.

The suspect, Salvador Ramas, 18 years old, reportedly was involved in a domestic incident at his home where he shot his grandmother. The suspect, who lives in the area, then went to the school.

The 18-year-old suspect, a student at Uvalde High School, is also dead.

Texas Governor Greg Abbott confirmed the identity of the suspect and the deaths.

“He shot and killed horrifically and incomprehensibly 14 students and killed a teacher,” Abbott said during an unrelated press briefing.

The suspect was killed by responding officers shortly after 1 p.m. The Uvalde Consolidated Independent School District confirmed that the shooting occurred at Robb Elementary School, which has an enrollment of just under 600 students.

Uvalde is a city of about 16,000 people about 84 miles west of San Antonio. It is on the United States – Mexico Border.