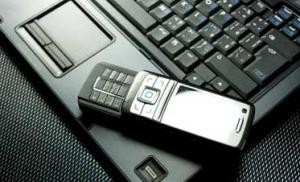 In May 2009, Jason Aguirre, the reputed leader of a local Asian street gang in Westminster, Calif., was found guilty of murder in the furtherance of a street gang and  received the death penalty (People v. Jason Aguirre; Superior Court of the State of California, County of Orange; Case Number 03WF1939). Although the murder weapon was never recovered and his DNA was never tied directly to the scene, the overwhelming amount of digital evidence he unwittingly left behind gave the prosecution a strong case.

The murder
In August 2003, a Westminster father, his teenage son and two teenage nephews were out for dinner at a fast food restaurant. While they were eating, a street gang member sitting at a nearby table mistakenly identified one of the nephews as a rival gang member, whom he thought was staring down his girlfriend. He became upset and called a few of his fellow gang members to the restaurant, where they waited outside in their cars for the family to leave.

As the family drove away from the restaurant, they realized they were being followed. As the father tried to lose the tail, the family ended up trapped in a residential cul-de-sac. As gang members in two vehicles blocked the car’s exit, Aguirre jumped from one of the cars and ran up to the front passenger side door of the family’s car, releasing a hail of bullets. One of the nephews was killed, and the other two teens were critically wounded. Aguirre then fled the scene.

Officers with Garden Grove, a neighboring city, stopped and arrested the occupants of one of the fleeing vehicles. The vehicle Aguirre used to flee the scene was found abandoned nearby. During questioning, gang members fingered Aguirre as the shooter and a warrant was issued for his arrest. An intense search followed, but Aguirre was nowhere to be found.

Several months later, a Westminster PD detective received a call from the Tempe (AZ) Police Department. They had responded to a fight where Aguirre had been arrested. The Westminster detective made an interesting request—could they go back and seize any digital devices, such as computers and cell phones, at the residence where Aguirre had been hiding?

Background
For several years, Westminster PD had been seizing computer systems and other digital devices, including cell phones, PDAs and digital cameras, from gang-related cases. Initially, they relied on regional computer forensic teams for assistance. Unfortunately, those teams were understaffed and backlogged. Recognizing that information on digital devices might be extremely beneficial if gleaned in a timelier manner, they decided to create their own computer forensic team.

In its first year, the team worked as an integral part of several criminal investigations, two of which involved violent street gang activity. The first was a strongarm robbery case that netted four computer systems, CDs and floppy disks. A month later, 15 gang members, of the same gang with which Aguirre was affiliated, attacked four people in a restaurant parking lot. This investigation netted another half-dozen systems.

These seized systems proved to be a treasure trove of evidence and gang intelligence. In their online chat sessions, gang members discussed activities that included the planning and execution of crimes, drug cultivation and distribution, and the buying and selling of weapons. The social networking Web sites they visited glorified gang culture or promoted their individual street gang. These gang members also proved to be prolific digital photographers, taking photos of everything from gang posturing to drug use and other crimes. Throughout all of their use of digital devices they nearly always used their known gang monikers as their online identifiers.

The digital evidence against Aguirre
Knowledgeable about the success of its computer forensic team, the Westminster police detective who got the phone call from Tempe PD knew that if Aguirre had access to a computer system, then there was a high probability they would be able to recover incriminating information with the department’s computer forensics software, EnCase.

These suspicions proved accurate. An analysis showed that Aguirre was actively communicating with fellow gang members via online chat using his known gang moniker, “everybodykilla22.” He was also logging into and participating in gang-affiliated social networking websites. Best of all, the forensic analysis showed that approximately one month prior to his arrest, the system had become infected with a virus that logged all keystrokes on that system, the contents of which showed his side of online chat sessions. It was in these chat sessions that one could clearly see his unremorseful confession to shooting the three victims in 2003. It even recorded him looking up his outstanding arrest warrant on the Orange County (CA) Sheriff’s Department website.

Today, virtually every gang-related incident involves digital devices of some sort. In fact, gang members are just like others in their generation—they are texting, chatting, participating in social networking sites and taking digital photographs of just about everything. This is good news for law enforcement groups that recognize the benefits of a computer forensics team that can build strong cases using digital evidence.

In fact, new forensics tools are now being introduced that give non-techie street cops the ability to quickly dive into this virtual ocean of information in their day-to-day police work. For example, Data Pilot’s Secure View Mobile will extract and process data from many cell phones with the touch of a button. Guidance Software’s EnCase Portable will acquire documents, Internet histories and other digital evidence by simply plugging in a small USB device.

Easy-to-use, pocket-size tools like these allow departments to better assist in criminal investigations and prosecutions. Understanding that gangs use PCs and mobile devices just like anyone else, have your officers collect digital evidence in the field, just as they do physical evidence.

Editor’s note: For information on the supervisor’s role in the identification and documentation of gang members, watch for an article by Investigator Matthew O’Deane, PhD, in the July 2009 issue of Law Officer Magazine.

Tim Dees
Tim Dees is a writer, editor, trainer, and former law enforcement officer. After 15 years as a police officer with the Reno Police Department and elsewhere in Northern Nevada, Tim taught criminal justice as a full-time professor and instructor at colleges in Wisconsin, West Virginia, Georgia, and Oregon.