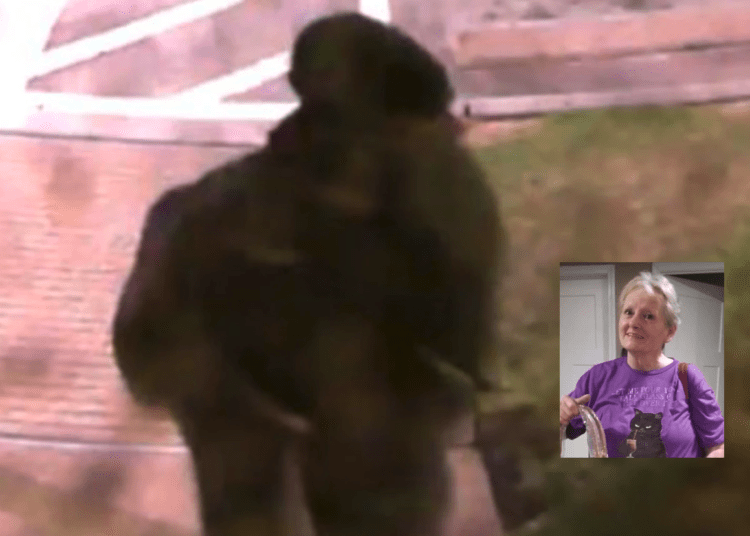 Robin Baucom (inset) was murdered during a robbery at a Cracker Barrel restaurant in Houston. (HCSO/Facebook)

HOUSTON – Sheriff’s deputies fatally shot the gunman accused of murdering a manager at a Cracker Barrel restaurant in Houston when she tried to protect a co-worker from being mugged, officials announced Sunday night.

Deputies approached the suspect and called him by name. Two deputies opened fire when they believed he had a weapon, the New York Post reported.

“He began running from them and as they were chasing them, he made some gestures as if he were pointing a weapon at them. At that time our deputies opened fire … on the suspect,” Lee said.

The suspect was pronounced dead after being transported to Kingwood Hospital. His name is not being released until he’s positively identified by the county forensics office. 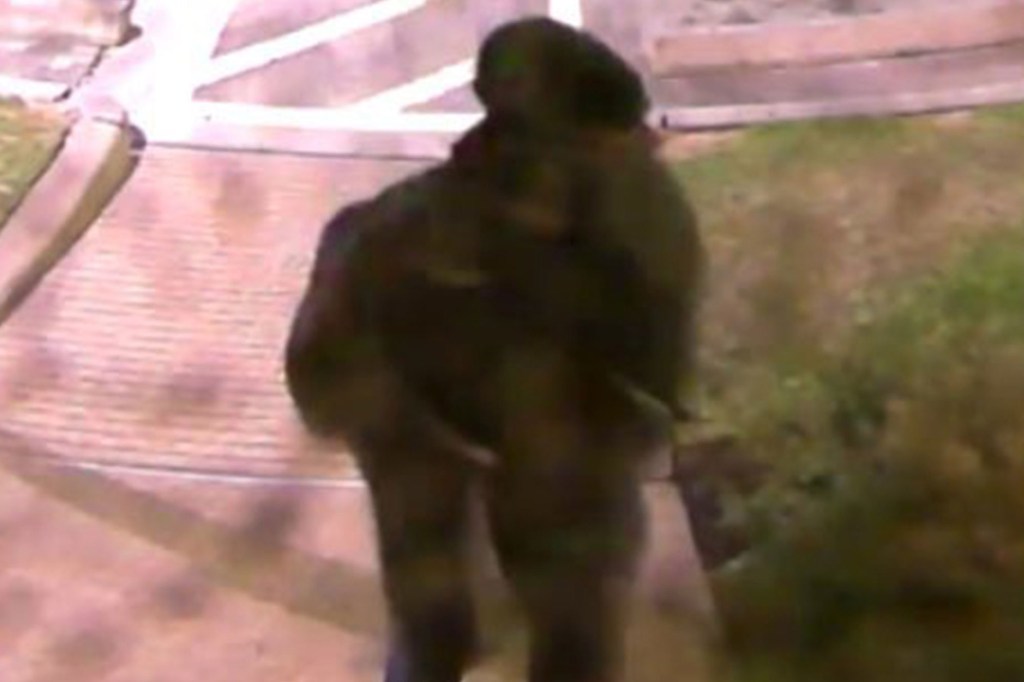 Harris County Sheriff’s deputies were conducting surveillance on the murder suspect when they attempted to detain him and a fatal shooting occurred. (Twitter/@SheriffEd_HCSO)

The deceased suspect had two open felony assault warrants and was “believed to be armed and dangerous,” according to Sgt. Dennis Wolford of the agency’s homicide unit.

Wollford said there’s “not an obvious gun that we’ve located,” but said officials are still processing the scene.

Robin Baucom, 59, was described as a beloved grandmother who worked at the Cracker Barrel for nearly 34 years. She was inside the restaurant early Saturday when two men in a Dodge Charger pulled up near the front door, the Star-Telegram reported.

A suspect exited the vehicle and tried to snatch a purse from another employee who tried to get in the door. Baucom witnessed the crime and ran to unlock the front door so the employee could get inside. In the process, she shoved the assailant as he tried to force his way into the business.

As a result of her effort to help the co-worker, the suspect shot Baucom in the chest. Although she was rushed to a local hospital and underwent emergency surgery, she did not survive.

“Sad to think these victims were simply starting their day at work,” Sheriff Ed Gonzalez said.

Baucom was married with three children and three grandchildren. 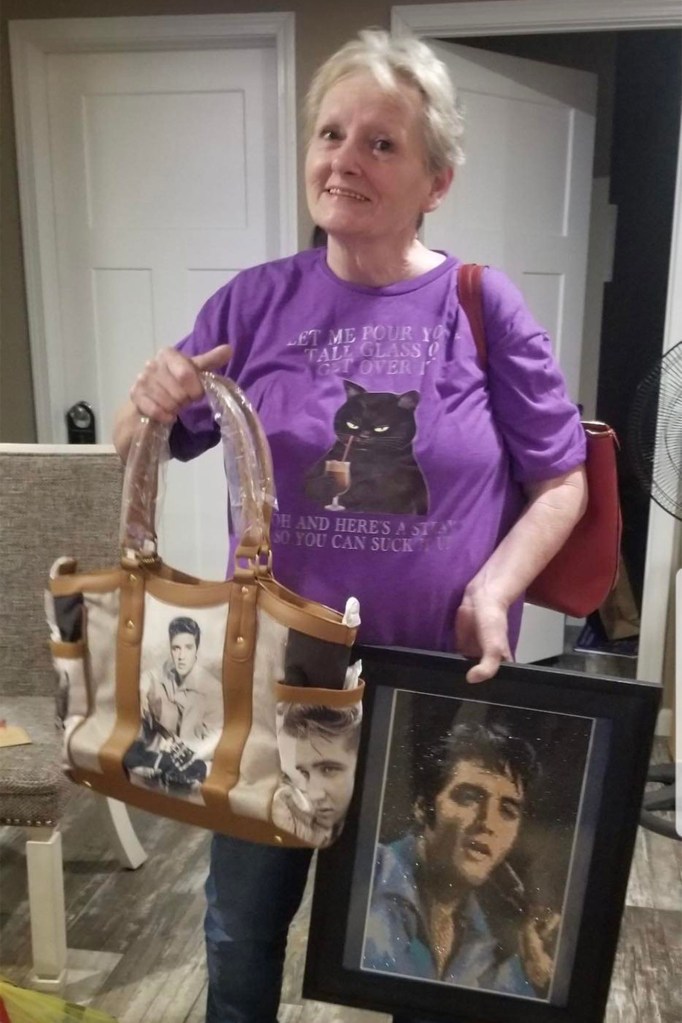 “She was always trying to help wherever she was needed,” the family said, according to KTRK. “She is our hero and we hope she will be remembered as a hero because she lost her life trying to protect her employees and Cracker Barrel.”

“She would have done anything in the world to protect her employees or any of us,” her daughter Tina told the news outlet.

“When I was starting kindergarten, she started at Cracker Barrel part-time. She would buy me back-to-school clothes,” Tina said. “It was supposed to be a couple of months. Thirty-four years later, a heartache, and here we are.”

Baucom’s brother, Billy Crumpton, said, “The greatest love a person can have is giving their life for another person — and that’s exactly what she did,” Fox 26 Houston reported.

“She was a protector. Not only with her family but with the ones she worked with. She protected the workers and gave her life for them,” Crumpton noted.

Law enforcement authorities are still conducting interviews and corroborating witness statements with surveillance footage to confirm that the deceased suspect was the shooter.

“After that information is confirmed, we hope this case will end with some comfort for the family of Ms. Baucom,” Lee said. 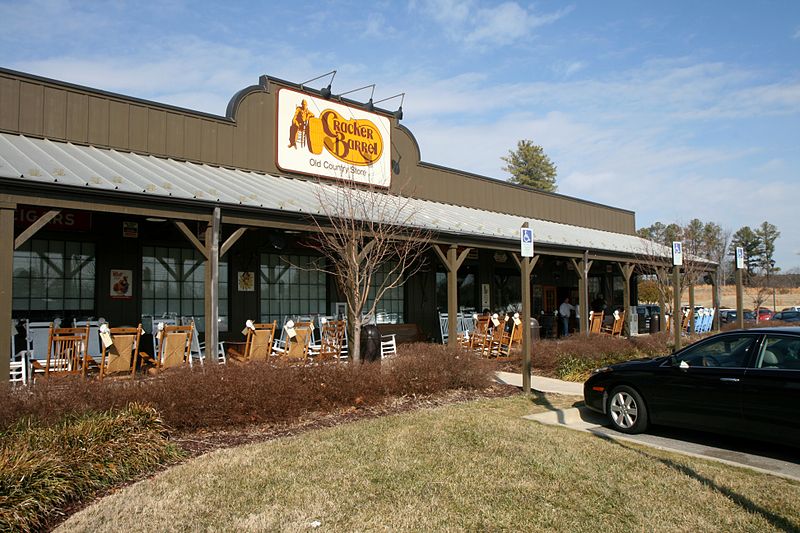 During the altercation, the suspect shot Cracker Barrel manager Robin Baucom in the chest. She was rushed to the hospital and underwent emergency surgery, but did not survive. (Wikipedia Commons)

Cracker Barrel said in a statement that the company “is solely focused on supporting our manager’s family, her fellow employees, and local law enforcement as we grapple with this tragedy and grieve.”