The homicide occurred during a road rage encounter 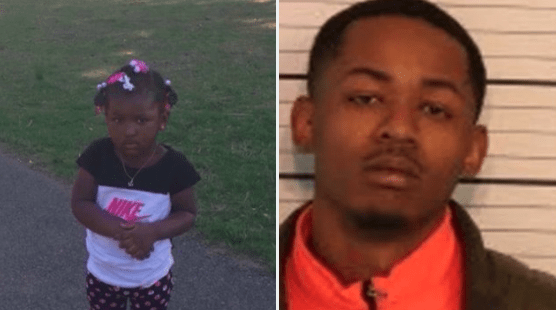 SHELBY COUNTY, Tenn. — A criminal defendant accused of murdering a two-year-old girl during a road rage shooting was unintentionally released due to a “clerical error” by Tennessee officials, according to reports.

Murder suspect Tylan McCray was temporarily able regain his freedom after “someone in the clerk’s office mistakenly entered the bond into the system as $15,000,” according to Shelby County District Attorney Amy Weirich.

During Tuesday’s court hearing, a judge set McCray’s bond at $15 million. However, since it was incorrectly entered at $15,000, he was able to post bond by the end of the day, WREG reported.

The defendant was jailed on several charges, including first-degree murder stemming from the fatal shooting of 2-year-old Laylah Washington in 2017.

The error was discovered and McCray was apprehended by authorities on Wednesday. However, the victim’s family felt like the “justice system had failed us again.”

(Note: The tweet by Dakarai Turner below says the incorrect amount was entered at $1,500. The district attorney said it was incorrectly entered at $15,000. Regardless of this discrepancy, it clearly should have been $15 million.)

UPDATE: Tylan McCray is back in custody after “clerical error” caused $15 million bond to be input as $1,500. https://t.co/gfFcCkhwwE

“I could’ve been out somewhere and spotted him or he spotted me. That’s scary with him already attempting to kill me and my other kids,” Leslie Washington, the mother of the victim, said.

“They need to take their jobs a little more serious, especially when you’re dealing with criminals, murderers and rapists,” she said. “I think the person needs to be reprimanded for their actions.”

Fox News reported that Laylah Washinton was shot in Memphis in 2017 when she was riding in a car with her mother. The woman had reportedly engaged in an argument with four men traveling in another vehicle, according to police.

Consequently, the men opened fire on Washington’s vehicle, according to authorities. Two-year-old Laylah was shot in the head. She did not survive the critical wound, passing away two days later.

McCray’s cousin, Brandon McCray, has also charged as an accessory in the homicide.