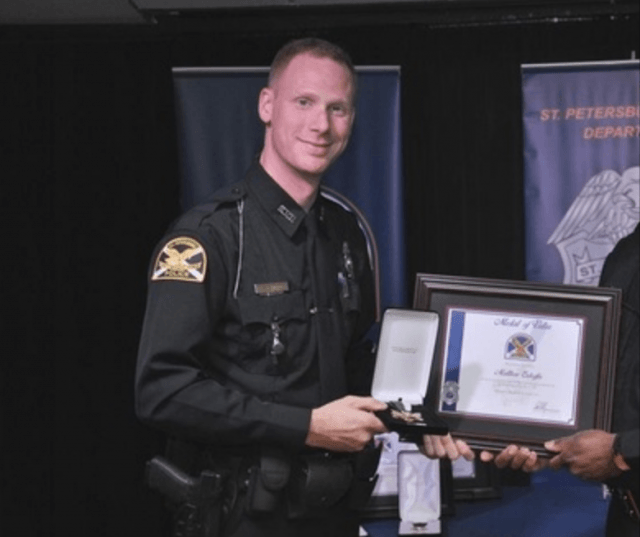 Officials launched an investigation in July after an individual with the username “thehoff727” uploaded exploited images of children on an unspecified social media app, a complaint said.

After obtaining a search warrant, agents reportedly raided Enhoffer’s home on Sept. 11, seizing a MacBook containing images of child pornography and messages with an unspecified person discussing those images.

“When a police officer takes the oath, he or she takes the oath that they are going to protect the citizens out there,” especially our youth,” St. Petersburg Police Chief Anthony Holloway said during a news conference Thursday afternoon. “Today, Officer Enhoffer tarnished our badge.”

Moreover, the chief added, “We’re talking about kids, here, and if this allegation is true, I don’t want him here.”

Enhoffer has been placed on paid administrative leave, pending an investigation, Fox 13 reported.

An attorney listed as representing Enhoffer did not immediately return Fox News’ request for comment.

The department had awarded Enhoffer with a Medal of Valor “for his actions in response to an armed suspect” in May 2015, WFTS reported.

The allegation came less than a month after the FBI arrested a police officer in Margate, Fla., on charges of possessing child pornography.