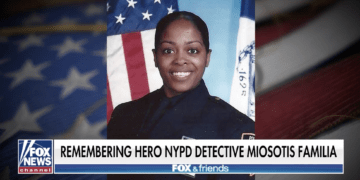 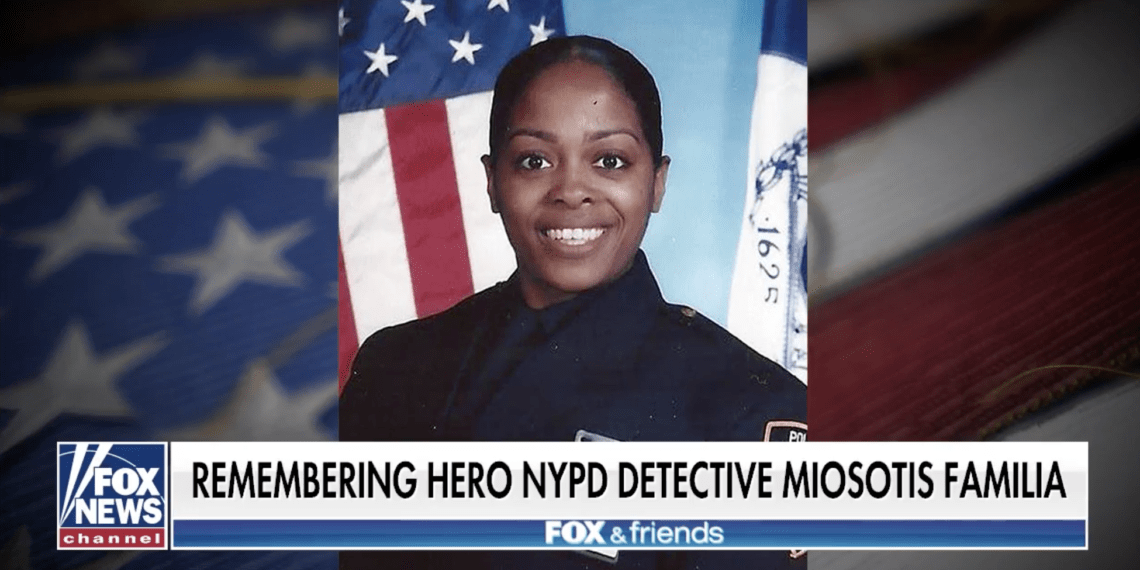 The daughter of a slain NYPD officer spoke out as peace officers nationwide are vilified during protests and riots.

Villella said that, having lost her police officer mom, she wants Americans to remember that police officers have families as well, FOX News reported.

“They have children and loved ones that need them to come home unharmed. I just want everyone to know those police officers are human too. They have fears, they have love, and they bleed just like the rest of us,” Villella said.

“People like my mom, who was the most amazing person in my life, deserve to not be executed the way that she was because just because of her uniform.”

Her mother, Officer Miosotis Familia, 48, was murdered in 2017 by Alexander Bonds while she sat in the front seat of a mobile command post.

Familia was a 12-year veteran of the department at the time of her death. She had been stationed in the mobile command post, which is used during major events and in high-crime areas.

“Tunnel to Towers” founder Frank Siller, who accompanied Villella in the interview, said that so far this year 116 police officers have died in the line of duty by either murder or other methods. Siller said that the foundation will make sure to offer support to those who are left behind due to their relatives in law enforcement being killed.

“They have given us the gift of a home,” Villella said.

Villella said that the Tunnel to Towers Foundation kept their promise of never forgetting the sacrifice her mother made.

“And also to never forget us, the surviving family. We’re still affected by this tragic loss,” Villella said.

Tunnel to Towers is a non-profit organization that started supporting Gold Star families through $11 minimum donations from people around the country. It was started in honor of Siller’s brother, Stephen, a firefighter who ran through the Brooklyn Battery Tunnel toward the Twin Towers on Sept. 11, 2001, while wearing 60 pounds of gear. Siller was one of 343 members of the FDNY who were killed that day.