'This does not mean the investigation is closed,' Chief Eddie Garcia said 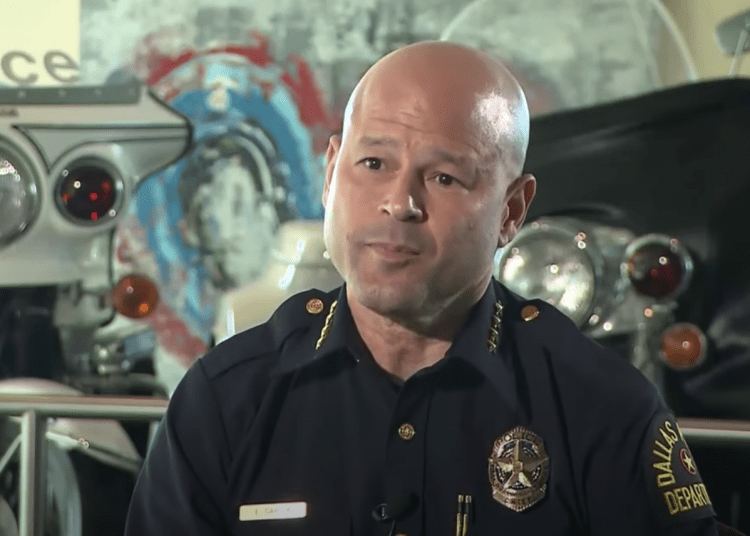 DALLAS — Dallas Chief of Police Eddie Garcia says he was disappointed to learn the charges were dropped Thursday against a former police officer arrested and accused of capital murder when prosecutors said there wasn’t enough evidence to support probable cause in the case.

Garcia reiterated a statement from the agency released on Wednesday saying the department respected the judge’s decision, but they had a probable cause affidavit approved by a judge before taking former officer Bryan Riser into custody, NBC 5 reported.

During a preliminary hearing Wednesday morning, Dallas County Criminal Court Judge Audrey Moorehead agreed with prosecutors for the Dallas County District Attorney’s Office and said there was insufficient evidence against Riser to support a probable cause in the case.

When he was released Wednesday afternoon, Riser made a brief statement to the media before getting into a car and leaving, according to NBC.

Garcia said that the court’s decision Wednesday did not change Riser’s employment status with the department as there were other administrative issues that led to his termination. Furthermore, the chief said the department will continue to investigate the homicides with the FBI.

Consequently, if more evidence can be obtained in the case, it could once again move forward.

The district attorney also voiced his desire to continue with the investigation.

“This does not mean the investigation is closed. We look forward to continuing our work with the Dallas Police Department on this or any other cases that are investigated in the city of Dallas,” Dallas County District Attorney Jon Creuzot said.