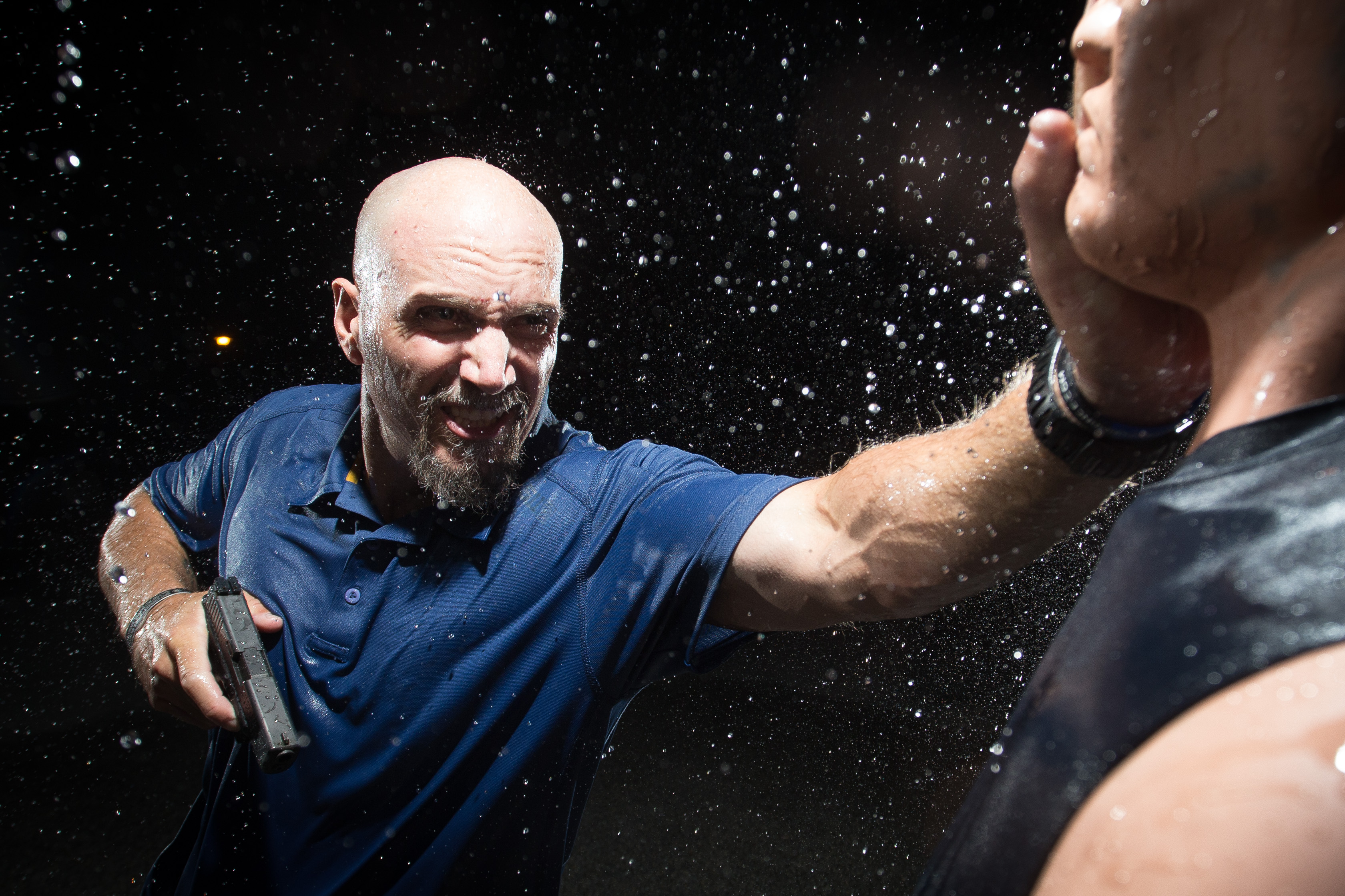 One of the Critical Combative Concepts that I discuss in most of my presentations can and should be applied to each and every tactic, technique, and skill set that officers are taught; as well as to evaluate everything that’s in your current tactical toolset.

The NUM Concept is rooted in proven physics, mathematical algorithms, and common sense. But before we get into NUM, let’s look at the definition of Tactical Training directly from my slide show.

Training that emphasizes developing the ability to induce an objective with maximum certainty, while minimizing the amount of time and energy utilized.

Isn’t that what we want to do? To have the ability to solve conflicts with minimal doubts of our success going in, and use the absolute minimal amount of time and effort in doing so?

So let’s talk about time. Don’t ever let anyone tell you that time isn’t vitally important. In a life or death altercation, milliseconds can literally make the difference between you going home safely, or leaving the scene in a body bag. In Jeff Cooper’s highly acclaimed book, Principles of Personal Defense, (if you don’t have this book, it should be on your must-read list) the Colonel explained that one of the primary principles of prevailing in combat is speed.

But to break it down even further, one of the concepts that will increase your speed in any armed, or unarmed combative tactic, technique, or skill set is NUM. No Unnecessary Movement. If you watch and closely evaluate shooters, boxers, or any athlete that performs with what seems to be superhuman speed, they practice the concept of NUM. Take a high-speed video of a world-class shooter drawing a pistol or reloading at top speeds. Slow it down so you can actually see what he or she is doing, and you will see the NUM concept at work. The world-class champions, regardless of what sport they are competing in, don’t move a fraction of an inch unless it is absolutely necessary. This is part of the reason they are so incredibly fast. NUM can be summed up in nine words. Movement takes time. Unnecessary movement adds additional time unnecessarily.

Now I’m not here to slam any specific tactic, technique, or concept. However, IMHO, a major violation of the NUM concept has appeared from some recent pistol craft training. Some people have taken a liking to certain “ready” positions with their pistols that I personally believe have more to do with looking “Tacti-cool” than improving performance. If you are a guru, trainer, or practitioner of any psychomotor skill, I urge you to evaluate if you are adding unnecessary movement to anything you preach, teach, or practice. I also urge you to consider what happens to human performance/coordination when the enormous wave of Adrenaline hits during an unexpected life-threatening crisis.

Motor skills that you can perform incredibly fast under normal conditions can become extremely problematic when Mother Nature slaps you in the back of the head with that big, spontaneous, Adrenaline overdose. Sure. Maybe you are so fast that you can go from “ready position cool,” to an accurate shot faster than anyone on your department. But that’s not the question. The question you should be examining is: “Am I as fast as I possibly can be?” Because the reality, regardless if we are talking about pistol craft, combatives, gymnastics, or any other motor skill set, remains the same. If you are adding unnecessary movement, you are unnecessarily lengthening the amount of time needed to perform the skill. So this really leads to the ultimate question.

When you are facing a felon that is hell-bent on: killing you, making your spouse widowed, and your kids parentless, how many milliseconds advantage are you willing to unnecessarily give to your opponent?

The answer is less than zero. Evaluate everything in your personal tactical toolset with the concept of NUM. Because the milliseconds you save, may make all the difference in the world, not only to you; but to your spouse and kids as well.

Sergeant Charles E. Humes, Jr. retired from a large Midwestern police department after 32 years of service. Humes is recognized internationally as one of the pioneers of modern, realistic police defensive tactics training. He has taught seminars and instructor certification schools as far West as Alaska and as far East as North Carolina; and has trained police instructors from as far as Hong Kong.  Sergeant Humes is the author, director, editor, and producer of a top selling police video training tape entitled DYNAMIC STRIKING TECHNIQUES. It is in use by police departments, training academies, and individual officers worldwide including members of the Anti-Terrorist Unit at London’s Heathrow Airport. With an unwavering personal commitment to excellence and professionalism, Humes’ passion is to give students the best, in no-nonsense, street-proven effective, tactics, techniques and concepts.

Share and speak up for justice, law & order...
Tags: exclusiveheadlinetactics