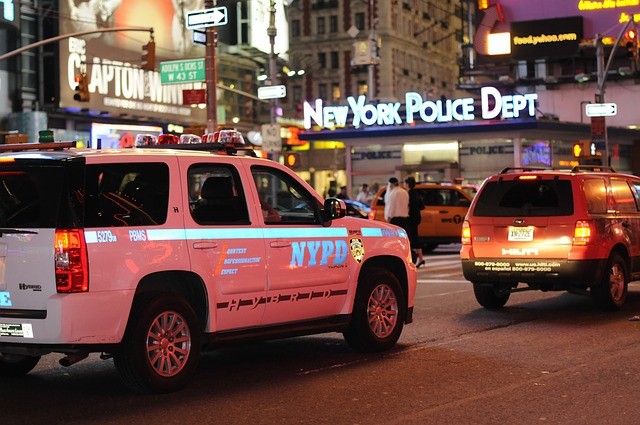 NEW YORK — The Civilian Complaint Review Board has recommended that NYPD punish 39 officers for allegations of misconduct during civil arrest that occurred in the city following the death of George Floyd last summer. Out of the group of accused officers, the board also urged top brass to seek criminal charges against 14 cops for various acts, they announced on Monday.

The Washington Examiner reported, “CCRB received 750 complaints against NYPD’s conduct following unrest amid Floyd’s death. The list eventually narrowed down to 303 reports the agency deemed credible, along with 2,000 allegations against 460 individual officers. The agency closed 156 of the complaints, with 147 pending and 75 investigations fully conducted.”

“Of the 75 investigations, 26 were substantiated, three were unfounded, 15 were unsubstantiated, and eight resulted in exonerations, the report showed,” according to the news outlet.

Keeping it all in context, last July, NBC New York reported, “More than 350 NYPD officers were injured over the course of nearly two full weeks of citywide protests over the death of George Floyd…”

“Several officers have been hospitalized for a range of injuries from being hit by a car to being hit in the head with a fire extinguisher during an arrest. One officer was hit over the head with a brick so forcefully it cracked the cop’s riot helmet. In another case, an NYPD sergeant was hit on the head by a glass bottle someone threw near Fifth Avenue and 15th Street. That officer needed 10 stitches to close the gaping laceration on his head.”

Continuing, NBC’s report said, “Most of the hurt cops have been bloodied amid clashes with protesters but avoided more serious injuries. Given the fact that Molotov cocktails were thrown at both empty and occupied police vehicles early in the protests, and that a number of NYPD SUVs were torched by other means, NYPD Commissioner Dermot Shea said it was a matter of luck that no cops were hurt worse or died.”

It’s no wonder that more than 5,300 NYPD officers retired or resigned last year. This was a 75% increase from the previous year, according to the New York Post.  Although it occurred amid a global pandemic, the primary reason officers have left is attributed to the growing anti-police sentiments, which are tolerated by city leaders.