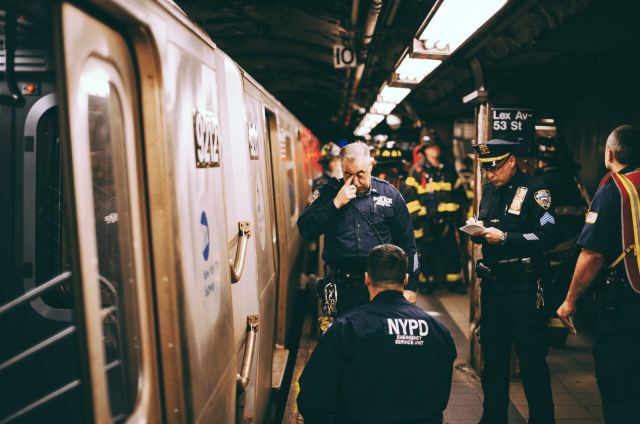 WISCONSIN – Post-Traumatic Stress is a key factor in police suicide. For at least the last three years in Wisconsin, more peace officers have died by suicide than in the line of duty.

This fact has become common knowledge in law enforcement circles, particularly since Law Officer reported 228 police suicides occurred in 2019, compared to 134 line of duty deaths during the same period of time. Moreover, the official figure is always lower than reality since some cases are categorized otherwise due to ambiguous circumstances surrounding death. i.e. alcohol, substance abuse, and “accidental” death are among some of the common forms of “suicide” that can be categorized differently.

Police suicide is a problem being tackled by the Wisconsin Professional Police Association, CHANNEL3000.com reported.

The executive director of the state’s largest police group testified to that fact during public comment Thursday on a bill that seeks to remove barriers for public safety officers, including police and fire, to file claims with the Worker’s Compensation Fund for Post-Traumatic Stress, (also known as PTSD, although many professionals believe “D” for “disorder” should be eliminated from the name), or treatment and recovery.

“We’ve come a long way as a country in recognizing PTSD and the signs and how to treat it,” said Jim Palmer, the executive director of the Wisconsin Professional Police Association. “But law enforcement officers haven’t had that opportunity to benefit from that, and that’s why this is so important.”

He said the current law is based off a 1974 Wisconsin Supreme Court ruling that requires public safety officers demonstrate a diagnosis based on unusual stress of greater dimensions than the day-to-day emotional strain and tension experienced by similarly situated employees, which this bill would explicitly get rid of.

“It basically says that any incident of traumatic experience must be over and above what is normal,” said Chief Greg Leck, the legislative co-chair for the Wisconsin Chiefs of Police Association. “Well, what’s normal for a public safety person? Everything.”

Palmer said this would clear up which insurance provider, private or Worker’s Compensation, would pay for treatment, and it would allow public safety officers to take up to 32 weeks off of work to fully recover from their Post-Traumatic Stress instead of using vacation time, which he said happens now, though some agencies will put officers on paid administrative leave.

Leck said he knows firsthand what it’s like to deal with Post-Traumatic Stress, and he’s seen how common it is among others in police work, according to CHANNEL3000.com.

Others from his organization addressed lawmakers Thursday, sharing their experiences with handling the day-to-day stress of the job.

The bill has bipartisan support in both houses of the state Legislature. Some representatives expressed hesitations at the exclusion of Emergency Medical Service workers, though Rep. Cody Horlacher, R-Mukwonago, one of the bill’s authors, said he would be open to additional legislation to expand the changes to EMS workers in the future.