Chief Bisa French and her husband, Sgt. Lee French, are scheduled for a hearing after a family member made accusations against them 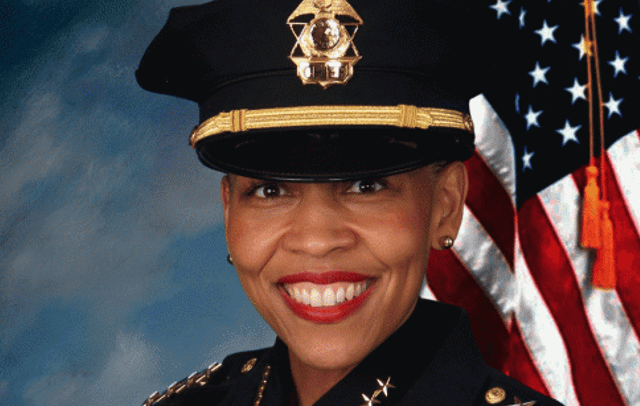 RICHMOND, Calif. — A California police chief took an “unexpected” leave of absence after a restraining order was sought against her and her husband, according to a court filing and the city’s mayor.

Richmond Police Chief Bisa French will take some time off to handle a personal matter after a request was made for a domestic violence restraining order against both the chief and Lee French, who is a sergeant with the Oakland Police Department.

Chief French and Sgt. French have been accused of abuse by an 18-year-old family member.

The unidentified family member says the Frenches attacked and threatened to kill her as well as her 34-year-old “partner” — a Napa County man named Joe Goldman, who also goes by the name Oho McNair, according to The Mercury News.

An investigation has reportedly been launched by the Vallejo Police Department over an incident involving the Frenches at the home of Goldman’s mother in the city.

The Frenches claim that Goldman is the young woman’s pimp, and that she is being manipulated by him.

A Contra Costa Superior Court judge initially denied the retraining order due to the complexity involved in the allegations, SFIST reported.