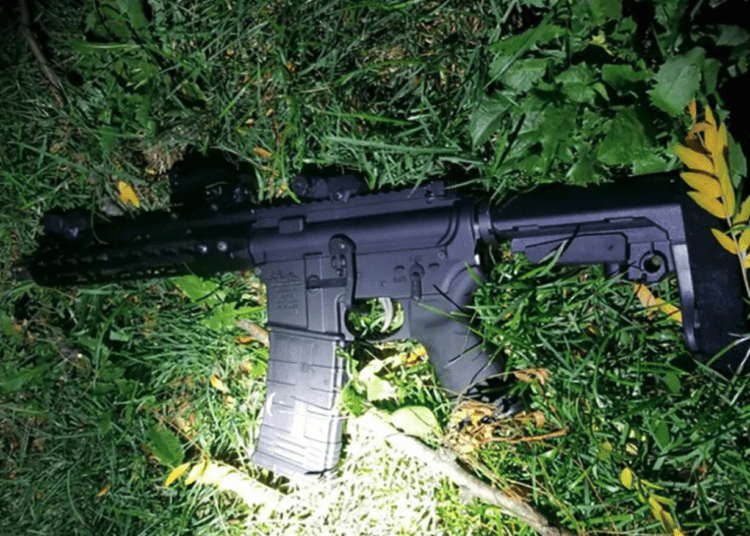 Officers recovered a firearm from the scene where a teen opened fire on Chicago Police Tuesday night. (Chicago Police Department)

CHICAGO – A 16-year-old male Chicago teen was arrested Tuesday after he opened fire with a rifle aimed in the direction of police officers who were responding to a call, authorities said.

Officers were dispatched to the 2800 block of West 25th Place about 11:00 p.m. regarding a report of a person with a gun, the Chicago Police Department said.

Upon arrival, officers saw the teen with a rifle. The suspect opened fired in the direction of the officers before trying to flee, Fox News reported.

Police were quickly able to apprehend the suspect in the 2500 block of South Sacramento. They also recovered the weapon in the process.

Officers did not return fire and no one was injured during the crime, police said.

The unnamed 16-year-old is charged with multiple felonies, including attempted first-degree murder, aggravated assault on a peace officer, aggravated unlawful use of a weapon, and one misdemeanor count of obstructing identification. He was also issued a citation for possession of a high capacity magazine and armor piercing ammunition.