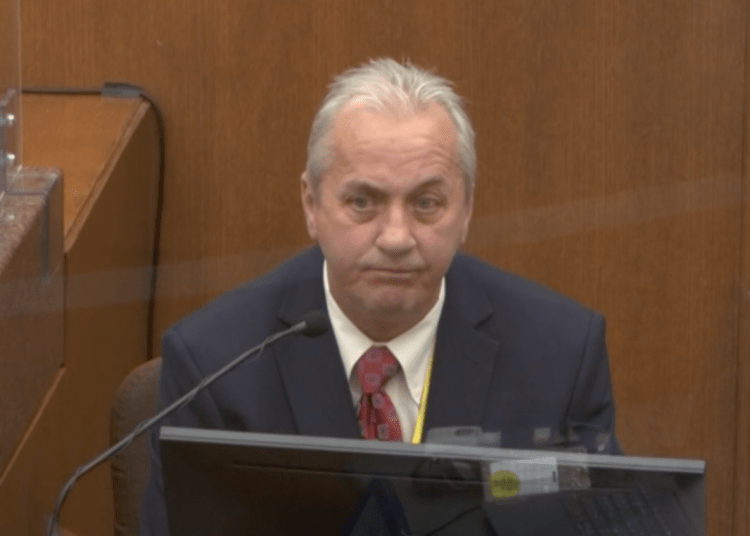 Minneapolis, Minnesota — There has been no clearer example of how bad the case is against Derek Chauvin than the prosecutor calling Minneapolis Lt. Richard Zimmerman to the stand on day five of the trial. According to many, including Washington Post Columnist Eugene Robinson, Zimmerman’s testimony was “utterly devastating” for Chauvin.

However, like many of the witnesses called thus far, Lt. Zimmerman’s testimony was heavy on emotion and opinion—and feather light on facts and evidence. To the novice, Lt. Zimmerman may seem like a strong witness. But does he actually add anything that can help the jury make a factual decision—based on actual evidence?

Lt. Zimmerman hasn’t worked the streets as a cop since 1995. And he probably hasn’t had to recently fight with a suspect high on Fentanyl, or use force against a resisting suspect. And from what it seems, Lt. Zimmerman probably hasn’t read the use of force policy in effect at the time of George Floyd’s arrest—which the Minneapolis Police Department has all but hidden since.

Perhaps even more telling, Lt. Zimmerman has not offered any “expert” opinion other than being a detective for close to three decades. Yet that was clearly evident.

Lt. Zimmerman offered testimony that has made many actual street cops and patrol officers question just how much he actually knows or remembers about police work, other than the administrative procedures for conducting an investigation.

For instance, Lt. Zimmerman said that he “saw no reason the officer’s felt they were in danger.”

Like I said, when was the last time Lt. Zimmerman faced a suspect high on drugs, struggled for several minutes to gain compliance, or was even in a position as a cop to see danger? Clearly, Lt. Zimmerman no longer recognizes some of the dangers of policing these days.

Don’t get me wrong, Zimmerman should be commended for his service. But every cop out there knows someone like him. The “old school” homicide guy that lives it, breathes it, carries the revolver (which Zimmerman admitted) and might even watch Columbo re-runs on the weekend.

There’s nothing wrong with any of that—except when it becomes the basis of testimonial opinion. And without any practical, recent experience, old-guard supervisors like Lt. Zimmerman aren’t exactly the best, most qualified people to talk to about “best practices” regarding use of force or just about anything else related to police work—other than administrative aspects of investigative procedures.

Lt. Zimmerman also mistakenly said that kneeling on George Floyd ‘s neck while he was handcuffed and in the prone position was “top-tier, deadly force” and “totally unnecessary.” “If your knee is on a person’s neck, that can kill him,” said Zimmerman.

If Zimmerman believes that, and we think he is being genuine, why didn’t he tell his superiors at the Minneapolis Police Department when they sanctioned a policy and training that permitted officers to do this?

It should be alarming to the jury that the prosecution could not find an “expert” in use of force—but instead relied upon Lt. Zimmerman’s contradictory opinion.

As Minneapolis Police Department policy clearly specifies, the neck restraint used was not deadly force. Hopefully, the coroner will soon prove that when he testifies that George Floyd’s breathing was not impaired due to the department approved neck restraint, and how the coroner’s report clearly reads “neck area.”

That said, while emotional testimony and outdated opinions may convince Twitter, no juror concerned with facts and evidence should be swayed an inch—or fall for such weak-minded tricks from the prosecution.