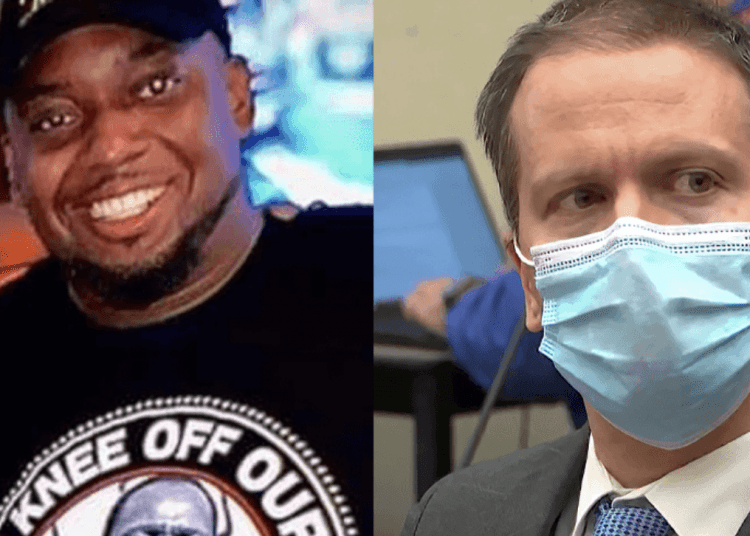 Minneapolis, MN – One of the jurors who served on the trial of former Minneapolis police officer Derek Chauvin reportedly sported a Black Lives Matter T-shirt with a reference to the death of George Floyd. The recently released photo potentially contradicts what Juror #52 told Judge Cahill prior to the trial.

Brandon Mitchell, who told the court that he had no prior knowledge of the George Floyd civil case was photographed last August wearing a shirt that read “Get your knee off our necks” and a hat that says “Black Lives Matter.”

He stated last week that he saw jury duty as a means to “spark some change.” 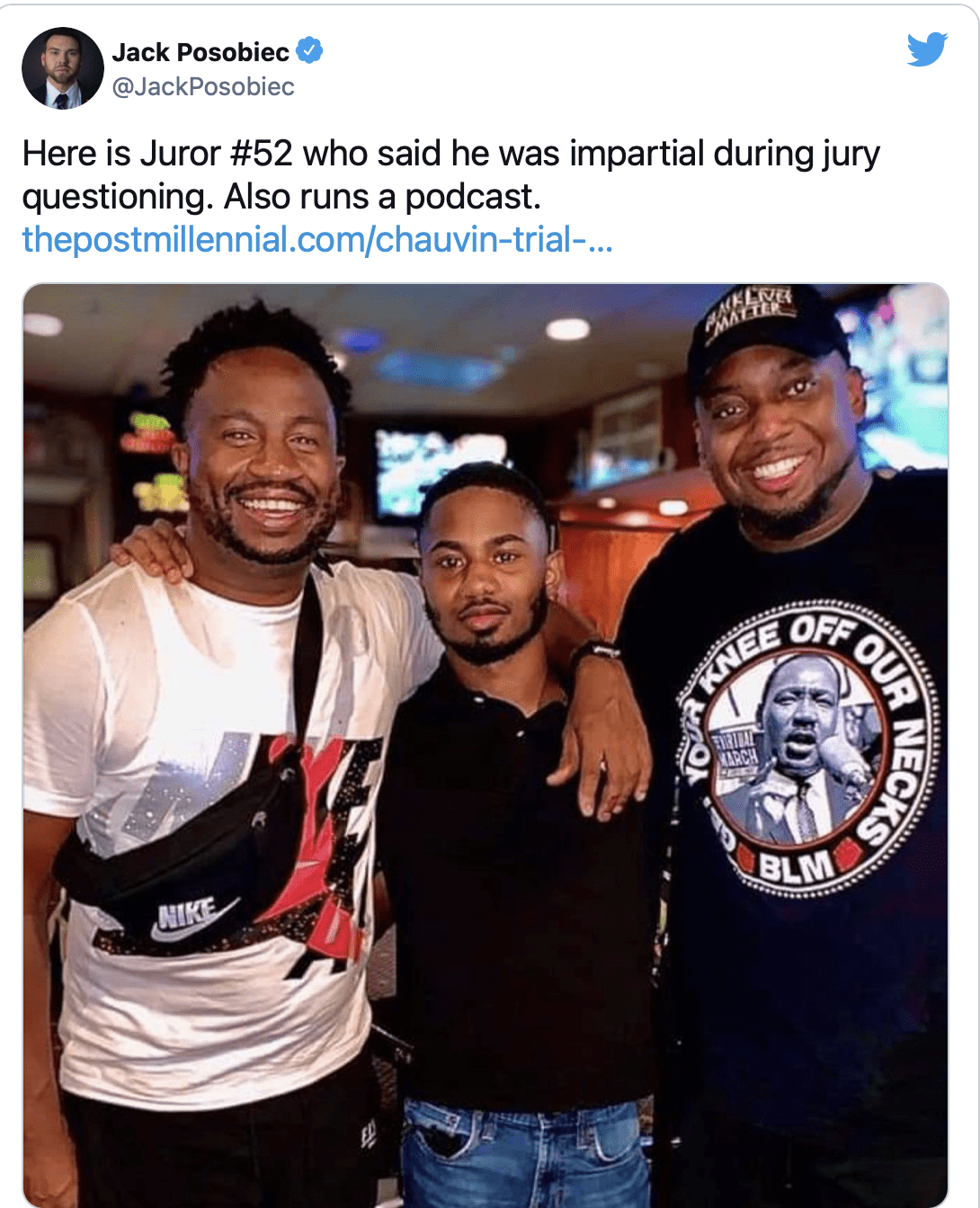 The photo was posted by a Travis Mitchell with the caption, “The next Generation being socially active representing in DC my son Marzell, my nephew Brandon Rene Mitchell, and brotha Maurice Jauntiness Johnson.”