'Are you crazy, or what?' shouts the carriage driver 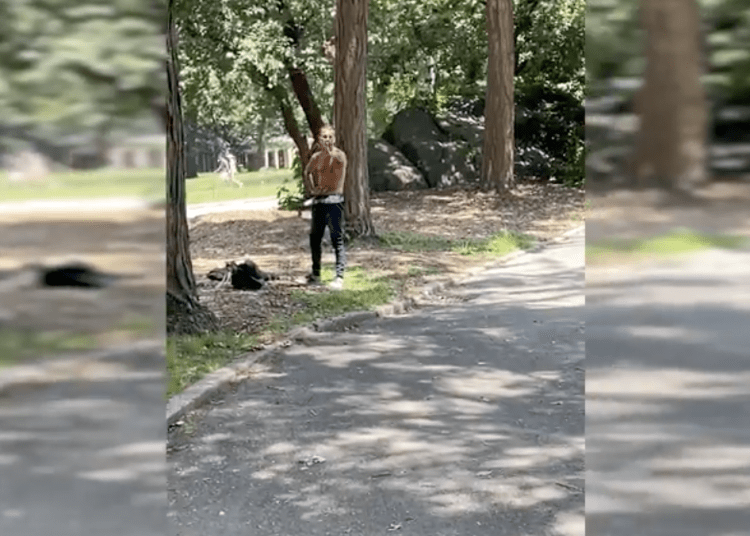 NEW YORK — A “crazy man” is accused of punching and kicking three carriage horses in Central Park on Monday, before claiming he had a knife, according to witnesses who saw the bizarre behavior.

The incident took place shortly before noon just inside the park near West 59th Street and Sixth Avenue. Five drivers had their carriages lined up along Center Drive and were waiting for fares when suddenly the suspect began swearing and reportedly slugged a horse that’s driven by Nurettin Kirbiyik. It capped a series of recent incidents possibly involving the same man, New York Post reported.

According to Kiribyik, 47, the man had been talking to himself and washing his shirt in the “horse drinking water.” During the process the individual started talking to the horse, an 11-year-old Gypsy/Morgan cross named “Dennis,” according to the Post.

“I look away, I was scared, I didn’t want to look at him,” Kiribyik said. “With his wet shirt wrapped around his hand, he punch Dennis in the face!”

The attacks continued down the line. The suspect then attacked the next horse before moving to Henry Kaya’s horse, a 16-year-old chestnut mare named “Mary.”

“He raised his hand to punch my horse but I pulled my horse back so he could barely touch my horse,” Kaya, 28, said.

Kaya and another driver, Mario Angelucci, 44, both followed the man as left on foot. As they trailed the suspect, he told the carriage drivers, “I have a knife.”

“We say, ‘We call the police.” He say, ‘Call the police, I don’t care. They ain’t gonna do nothing,’” Angelucci said.

According to Angelucci, the man was “threatening the horses” on Sunday and a video shot last Wednesday reportedly shows him cursing and talking to himself before he spit at a white carriage horse and threw a punch in the air toward its face, causing it to flinch, the Post reported.

Monday’s video shows Kaya confronting the man from a distance.

“Why are you hitting my horse? It’s a poor animal!” Kaya yelled.

“Come here! Don’t move! You hit my horse!” Kaya yelled as he followed.

“De Blasio really turned this place into a mess. He was supposed to clean this up!” he complained.

Kaya said he called 911 and told responding officers what occurred, showing them his video.

They said they recognized the man as someone who hangs out in Times Square, he said.

According to the Post, “NYPD said cops couldn’t find the man and the case was marked unfounded because there was no evidence a crime was committed.”