Car splits in half after crash during police pursuit in Houston 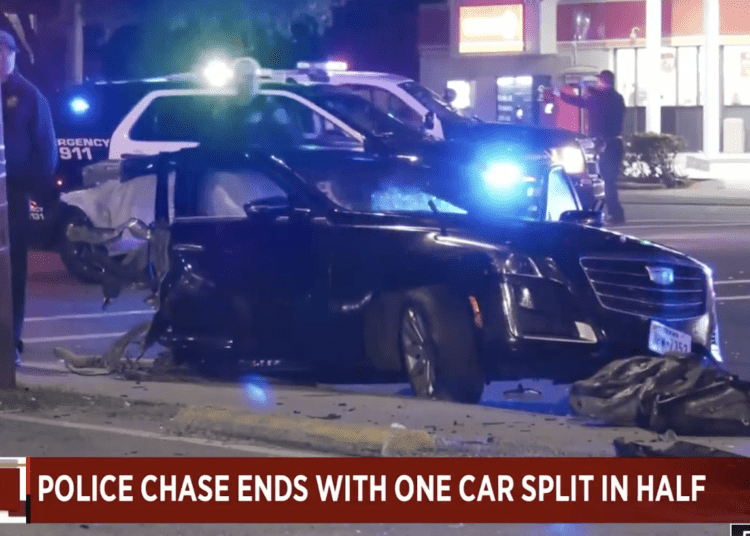 HOUSTON – A wild chase ended with a crash involving an innocent driver and a vehicle split in half in southwest Houston Monday, police said.

According to officers, it all started when they tried to pull over the suspect for a traffic violation. Investigators said he took off and a pursuit began. Police said an innocent person’s vehicle was split in two after the suspect slammed into it during the pursuit, click2houston reported.

The suspect tried to make a run for it but he was caught, officers said. Investigators said two passengers in the suspect’s vehicle were rushed to the hospital.

According to officers, everyone involved in the crash is expected to survive.