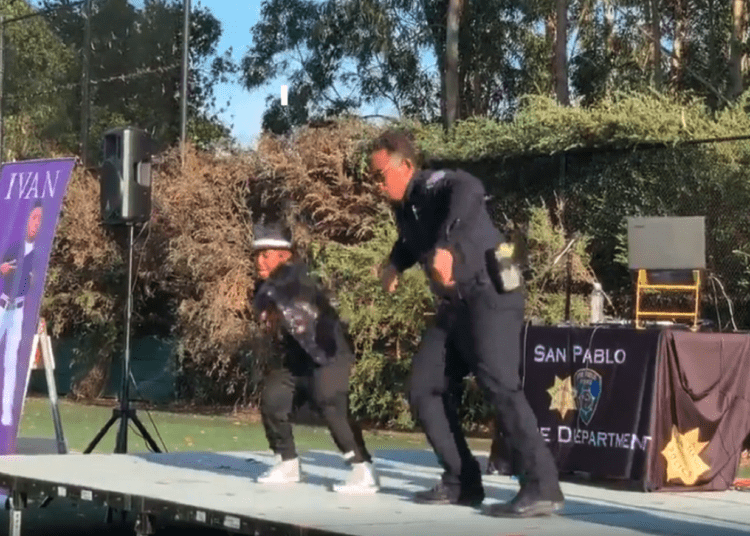 SAN PABLO, Calif. – A California cop was captured on video busting out talented dance moves this week alongside an 8-year-old performer in the Bay Area.

Officer Cameron Banayat of the San Pablo Police Department displayed his talents during the agency’s  National Night Out event on Tuesday. However, the officer wasn’t alone as he shared the stage with Ivan, an 8-year-old dancing machine, Fox News reported.

Banayat and Ivan danced in sync to Michael Jackson’s “P.Y.T. Pretty Young Thing,” much to the approval of the roaring crowd gathered for the public outreach event.

“We’re grateful for our community support and we look forward to continuing building upon the success we’ve built together with great officers like Officer Banayat,” the department said in a Facebook post.

Banayat is a school resource officer, among other responsibilities, according to Fox.

In 2021 Banayat was among a group of officers lauded for helping a teenager who was suffering a mental health crisis and barricaded himself inside a room with a knife, according to the Richmond Standard.

The teen agreed to drop the weapon and emerged from the room to meet with Banayat after about 20 minutes of negotiations, the newspaper noted.

Police took the teen to a local facility to undergo counseling.