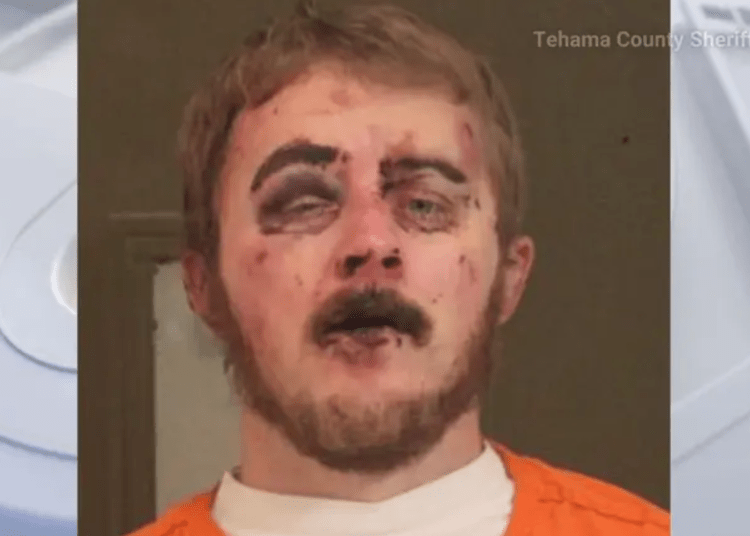 CORNING, Calif. – A California man is in custody after authorities accused him of throwing a Molotov cocktail toward a police officer, not once but at least two times.

The Corning Police Department in Northern California said officers were investigating a loud banging noise coming from just outside the department’s building Wednesday at about 5:39 p.m.. During their inquiry, officers tried to contact a man identified as Cassidy Russ, 32, who was walking away from the facility, FOX 11 reported.

Russ ignored officers orders as they tried to detain him. He kept walking and began “fumbling with an item near the front of his waistband,” Corning police said in a press statement. As police continued to order the man to wait, Russ lit a Molotov cocktail and threw it toward an officer.

The explosive device missed the officer but ignited near a parked vehicle. After throwing the Molotov cocktail, Russ fled on foot, while police gave chase.

The suspect was caught and tackled to the ground. There was apparently a level of resistance and baton strikes were used before Russ was secured and taken into custody, according to the Corning Police Department.

The fire that began as a result of Russ tossing the burning device was eventually extinguished and there were no injuries from the flames, according to the agency.

This wasn’t the first time Russ tossed a Molotov cocktail toward law enforcement personnel, according to Corning police. He is also accused of throwing one near a police staging area for marked patrol vehicles in July.

Corning police booked Russ at the Tehama County Jail on charges that include attempted murder, arson, possessing an explosive ordinance with intent to injure, battery on a police officer, and felony resisting. His bail was set at $1 million.