The mass shooting occurred in the retirement community of Laguna Woods 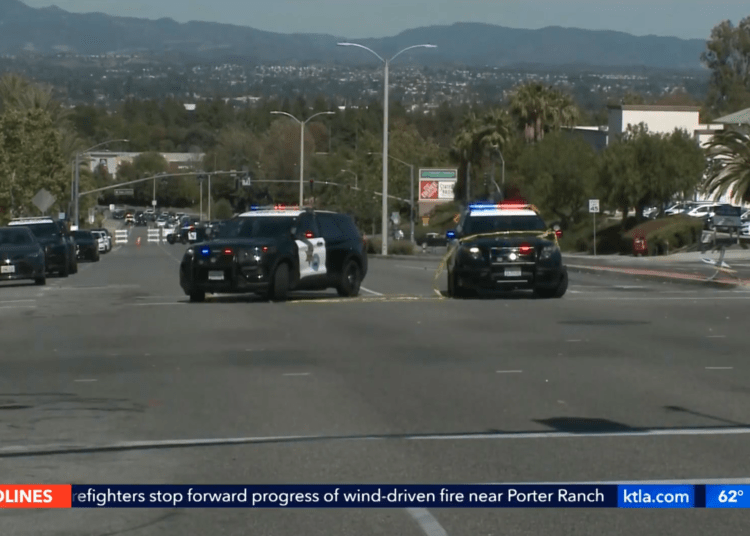 “Without the actions of Dr. Cheng, there is no doubt there would be numerous other deaths,” the Orange County Sheriff’s Department said on Monday.

Cheng charged at the shooter Sunday as the assailant opened fire on about 40 people gathered at the Geneva Presbyterian Church, which allowed for other churchgoers to hogtie the suspect before police arrived.

Cheng, of Laguna Niguel, leaves behind a wife and two children, Fox 11 reported.

Police have identified 68-year-old David Chou, of Las Vegas, as the suspected shooter behind the attack. Orange County Sheriff Don Barnes said Monday that the shooting was a “politically motivated hate incident.”

“This was a politically motivated hate incident, a grievance that this individual had between himself and the Taiwanese community,” Barnes said.

“Evidence was collected linking him to this crime based on preliminary information in the investigation, it is believed the suspect involved was upset about political tensions between China and Taiwan,” he added.

The FBI opened a federal hate crime investigation into the shooting, the Los Angeles Times reported.

LAGUNA WOODS, Calif. – The suspect in a shooting at a Laguna Woods church over the weekend was identified by authorities Monday.

Las Vegas resident David Chou, 68, has been booked on one felony count of murder and five felony counts of attempted murder, according to the Orange County Sheriff’s Office.

LAGUNA WOODS, Calif. – Law enforcement authorities in Southern California said that one person is dead and four others have been critically wounded after a shooting at a Laguna Woods church on Sunday afternoon. The gunman was overpowered and detained by congregants.

The shooting occurred at Geneva Presbyterian Church in the 24000 block of El Toro Road around 1:30 p.m., KTLA reported.

The Orange County Sheriff’s Department confirmed that a suspect is in custody, and they recovered multiple weapons, including the one used in the mass shooting.

Firefighters and paramedics were called to the scene to transport “multiple patients,” the Orange County Fire Authority said in a tweet.

Our FF/PM’s are on scene and treating and transporting multiple patients. Updates will follow. https://t.co/guCEiA2ANc

The Sheriff’s Department announced about 3:00 p.m. that one male victim was deceased and four people were critically wounded and another person suffered minor injuries.

Laguna Woods is generally a retirement community in South Orange County with an aging population. The victims, all of whom are of Asian descent, were four men and one woman, and they all sustained gunshot wounds. The men are ages 66, 75, 82 and 92, and the woman is 86 years old. Their conditions, however, remain unclear.

Several congregants at the church showed “extraordinary heroism” as they ultimately overpowered the gunman and hogtied him with an extension cord until deputies arrived on scene, the undersheriff confirmed.

“I think it’s safe to say, had people not intervened, it could’ve been a lot worse,” Hallock said. “There were 30 to 40 people inside.”

A churchgoer told the Los Angeles Times that pastor Billy Chang initially hit the gunman with a chair when he was reloading his weapon. This gave other congregants an opening and they tackled the shooter.

The sheriff’s department said the suspect was taken into custody and two weapons were recovered at the scene, including the one used in the crimes.

Hallock identified the suspect as an Asian man in his 60s who is not from the local area. Investigators are still working to establish a motive.

The suspect was being interviewed by detectives and will be booked at the Orange County Jail. Officials said he will be identified once he is booked.

OCSD said there were dozens of people inside the church at the time of the shooting. Detectives planned to interview more than 30 witnesses, KTLA reported.

Hallock said the crime scene was very large and it would take hours to process.