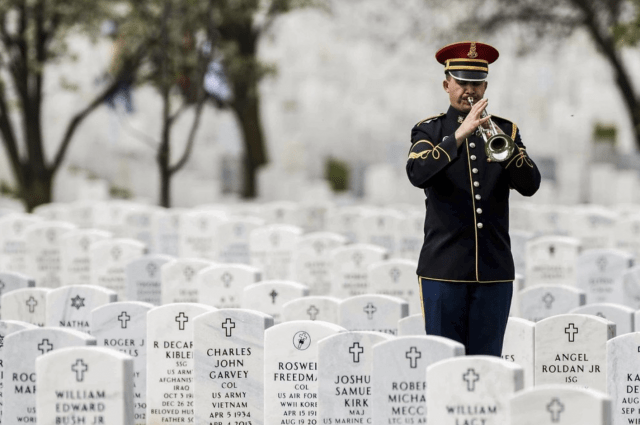 Memorial Day is an American holiday to honor the men and women who died while serving in the U.S. military.

Originally known as Decoration Day, it originated in the years following the Civil War and became an official federal holiday in 1971. Many Americans observe Memorial Day by visiting cemeteries or memorials, holding family gatherings and participating in parades.

Unofficially, it marks the beginning of the summer season. Yet regardless of how you choose to spend your time, we should always remember those who’ve sacrificed their life for the benefit of others.

As a result, several years ago I wrote a poem titled, “The Bugler Plays Taps.” I share it today in my effort to continue the tradition of honoring those who’ve died serving all Americans.

Spines that were daring

Yet human they were

And death to them came

Or mission in battle

They would not rattle

They fought for ideas

Carried life in a bag

They defended our liberty

Today of all days

Stars and stripes should be waving

If they are not

The warriors who shielded

They awoke to reveille

Yet died on world maps

As The Bugler Plays Taps