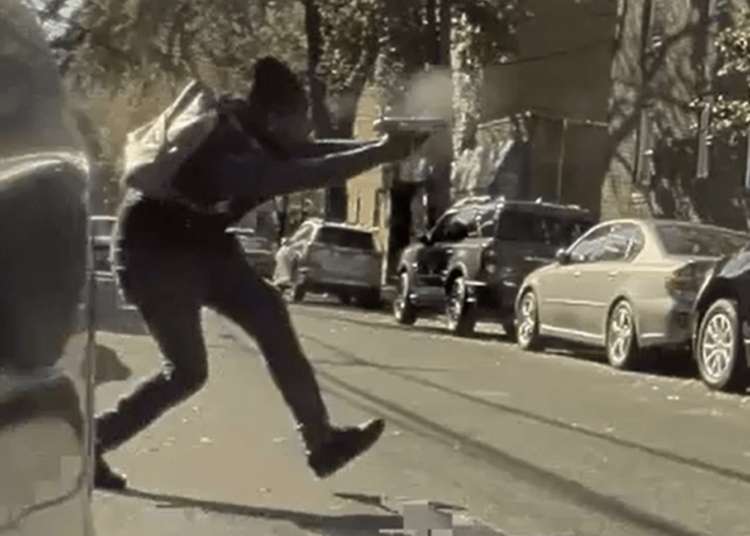 The suspect shot a 36-year-old man in the stomach and leg. (DCPI)

NEW YORK — A Bronx gunman is seen in a new crime video released Wednesday by NYPD opening fire in the middle of a street in broad daylight, wounding another man.

The footage shows the unknown suspect walking between parked cars on Holland Avenue near East 212th Street in Olinville just before 11 a.m. Nov. 10 and darting into the middle of the empty street, where he discharged a few rounds, New York Post reported.

The gunman is then shown dodging his way across the street, between two vehicles as he continues to fire away at his intended target.

The suspect shot a 36-year-old man in the stomach and leg. The victim — who is not cooperating with police — was transported to Jacobi Medical Center in stable condition, according to NYPD.

The motive for the targeted attack remained unclear on Thursday. The shooting also damaged several parked cars in the area.