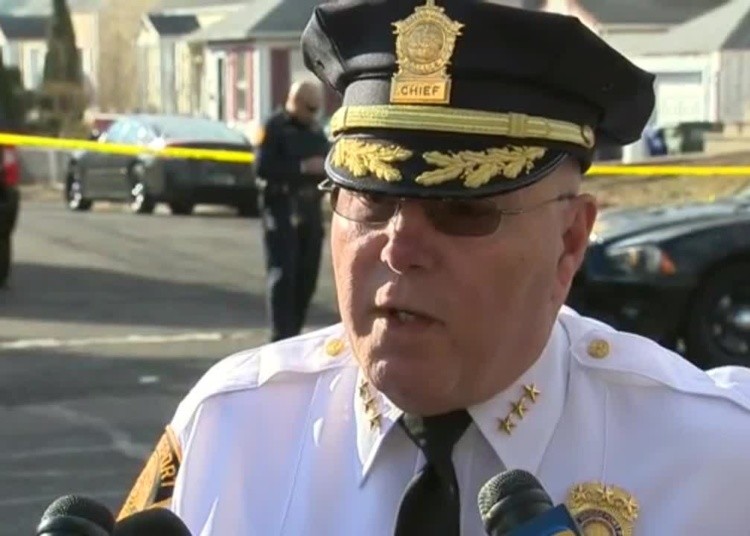 Armando "A.J." Perez pleaded guilty to conspiracy to commit wire fraud and to lying to the FBI. (File photo)

The Bridgeport (CT) police chief and the city’s acting personnel director were arrested on Thursday.

According to the office of the United States Attorney for the Southern District of New York, Bridgeport Police Chief Armando Perez, 64,  and David Dunn, 72,  are accused of defrauding the city “by rigging the 2018 police chief examination.”

Audrey Strauss, Acting United States Attorney for the Southern District of New York, said the exam, which is mandated by the city’s charter, was allegedly rigged to ensure Perez would be selected for the position of police chief.

News 3 report that Perez and Dunn were also charged with making false statements to federal agents during the course of the investigation.

They are both expected to appear in court on Thursday afternoon.

Acting U.S. Attorney Audrey Strauss said “As alleged, Chief Perez and Personnel Director Dunn schemed to rig the purportedly impartial and objective search for a permanent police chief to ensure the position was awarded to Perez, and then repeatedly lied to federal agents in order to conceal their conduct. Bridgeport’s citizens and police officers deserve leaders with integrity who are committed to enforcing, not breaking, the law, and we thank the FBI for their partnership in investigating and uncovering the scheme alleged.”

The charges stem from a complaint during the search for a new police chief in 2018.

The U.S. Attorney for the Southern District of New York’s office said Perez was serving as the acting chief at the time, and allegedly conspired with Dunn to “deceive the city by secretly rigging the supposedly independent search process for a new BPD chief to ensure that Perez was ranked as one of the top three candidates and could therefore be awarded a five-year contract to serve as the BPD chief.”

Patch.com lists a summary of allegations from the criminal complaint:

Sixteen people applied for the police chief job at the time.

Perez was a member of the Bridgeport Police Department for more than 35 years and was appointed acting chief in 2016.

In 2017, The chief ordered that the word “Police” be removed from the back of the blue windbreaker-style jackets that police officers wear and an officer was subsequently suspended for violating the order.

Share and speak up for justice, law & order...
Tags: arestedbridgeportcheatchiefexamFBI