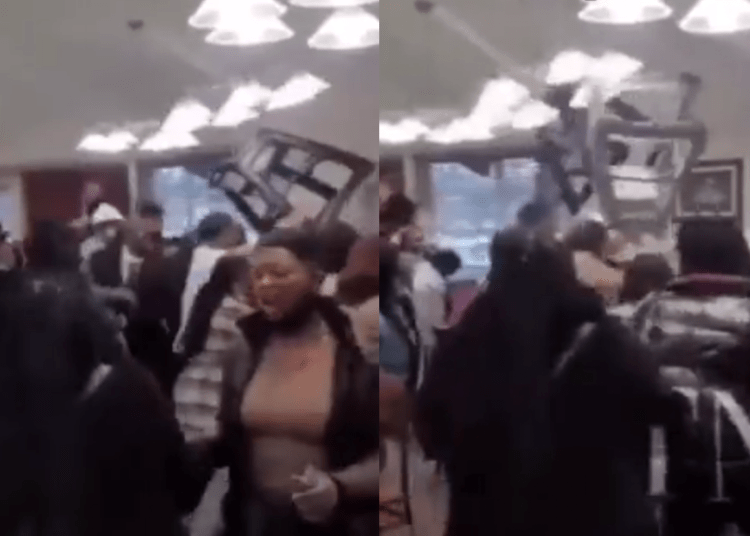 BENSALEM, Pa. — A brawl erupted Friday night at a Golden Corral restaurant in Pennsylvania. Now police are trying to figure out how it started.

According to a former employee of the restaurant, the fight may have occurred after a customer became enraged when the all-you-can-eat buffet ran out of steak, CBS Philly reported.

“From what I heard, it was over steak. Apparently somebody cut in line,” Dylan Becker, a former Golden Corral employee, told the news outlet. He received the information from a current worker.

A man can be heard saying on a video, “All I wanted was some steak!”

Bensalem police confirmed the melee may have involved more than 40 people and occurred following an argument among some customers. Officers are still looking into what caused the conflict and determine if anyone will face charges.