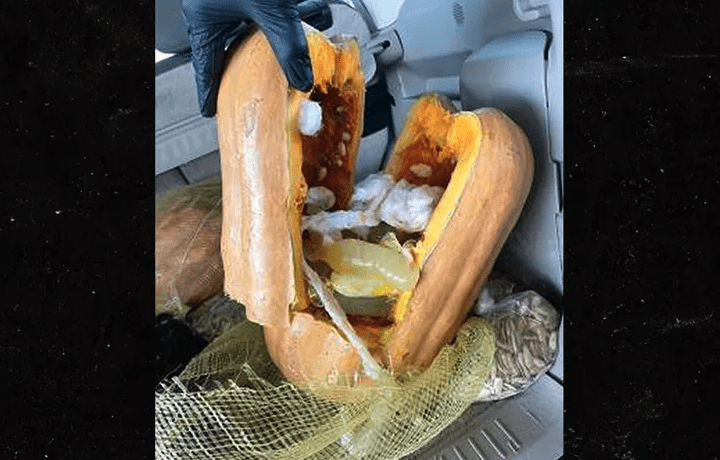 CBP revealed their big find in a statement Wednesday as agents discovered more than $402,000 in liquid meth stored in condoms and stashed inside pumpkins, TMZ reported.

The drugs were discovered inside pumpkins at the Port of Entry in Eagle Pass, Texas. In total, there were 44 pounds of meth, which was packed into 136 different condoms, according to Click 2 Houston.

“Our frontline CBP officers have seen just about everything, and this Tuesday was no exception as they encountered liquid methamphetamine hidden within pumpkins,” Acting Port Director Elizabeth Garduno said in a statement. “They utilized their training, experience, interviewing skills and uncovered a rather novel narcotics smuggling method in the process.”

Agents seized the meth as well as the 2012 Ford Escape that was ferrying the pumpkins. The driver was turned over to the Maverick County Sherriff’s Office for further investigation.