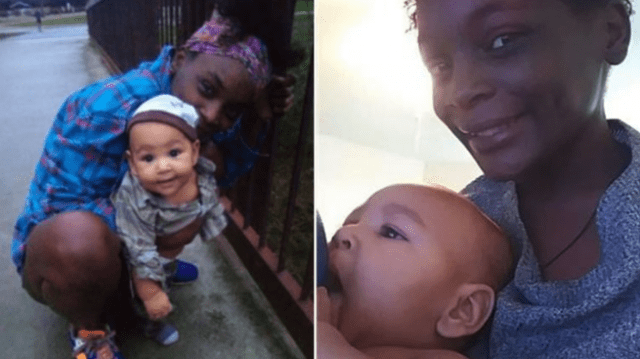 CHARLOTTE, N.C. – The body of a missing 6-month-old, which prompted an amber alert, was found early Saturday morning at Sharon Memorial Park and the mother has been arrested, according to police.

The Matthews Police Department issued the Amber Alert for the baby around 10 p.m. Friday after arresting his mother Tamara Brown on a charge of robbery, according to the station.

Brown was charged with the crime, which occurred at a Walmart on Galleria Boulevard around 9 p.m. involving two victims who said they had personal property stolen and were assaulted. One of the victims said they were bitten and spit on.

The whereabouts of the infant was still unknown so an Amber Alert was issued. The Amber Alert notification stated that Brown was not fully cooperating.

Matthews police began looking for them around 7 p.m. Friday after reporting that neither had been seen since noon that day, and Brown could be suffering from a mental health disability, Fox 46 reported.

Police said they found Chi-Liam at Sharon Memorial Park in Charlotte around 4 a.m. They did not disclose what information led them to the location.

In addition to the robbery charges, Brown was charged with assaulting a government official, police said.