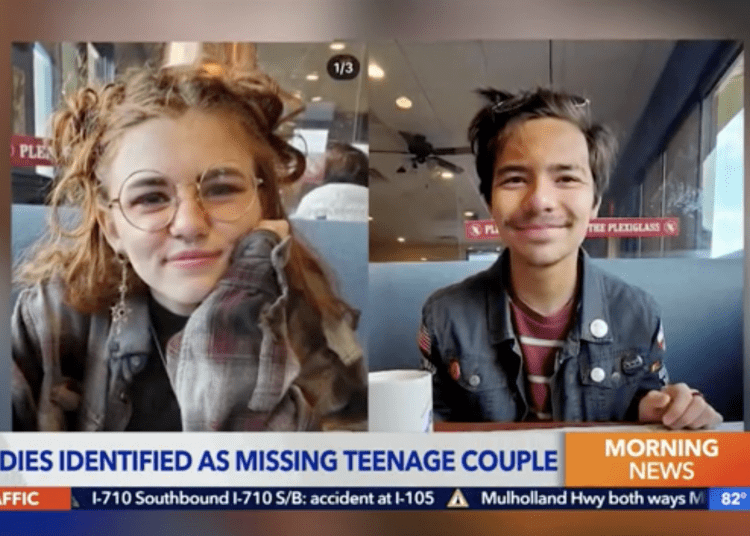 LOS ANGELES COUNTY, Calif. — A pair of teens went missing earlier this month. A few days later an SUV was discovered over a mountain cliff in Southern California. Officials on Monday identified two bodies found in the wreckage in the Angeles National Forest as the missing teenagers from Apple Valley.

Ethan Manzano and Sophie Edwards, both 19, were last seen in a silver Isuzu Ascender traveling in the vicinity of mile marker 51 of Angeles Crest Highway on July 1, according to the Los Angeles County Sheriff’s Department.

The crashed wreckage was discovered on July 6, hundreds of feet down the cliff from mile marker 71 of the Angeles Crest Highway. 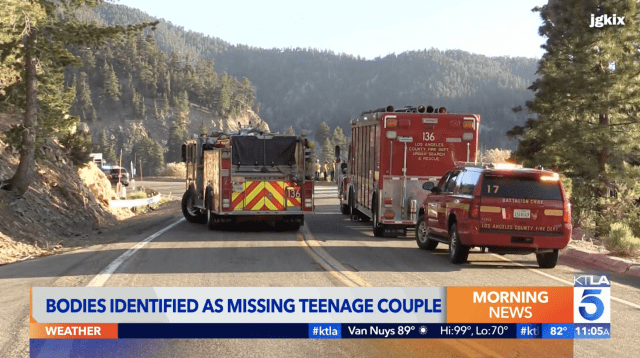 An officer with the California Highway Patrol told KTLA that a volunteer with a search and rescue team put together by the missing teens’ families discovered the wreckage using a drone.

Two people were found dead in the demolished vehicle, leading people to believe the remains belonged to Edwards and Manzano, who had disappeared a week earlier.

The county coroner’s office confirmed the deaths of the two teenagers on Monday.

It’s unclear what caused the vehicle to leave the mountain road and plunge over the cliff, KTLA reported.

A preliminary investigation found that the driver was heading east on the highway when he or she “either caused or allowed” the vehicle to veer to the left, where it hit a dirt berm and overturned several times down the steep mountainside, according to a CHP news release.

The double fatality is still under investigation and no further details were available.