BLM activist tells police, ‘We gonna blow your head off’ 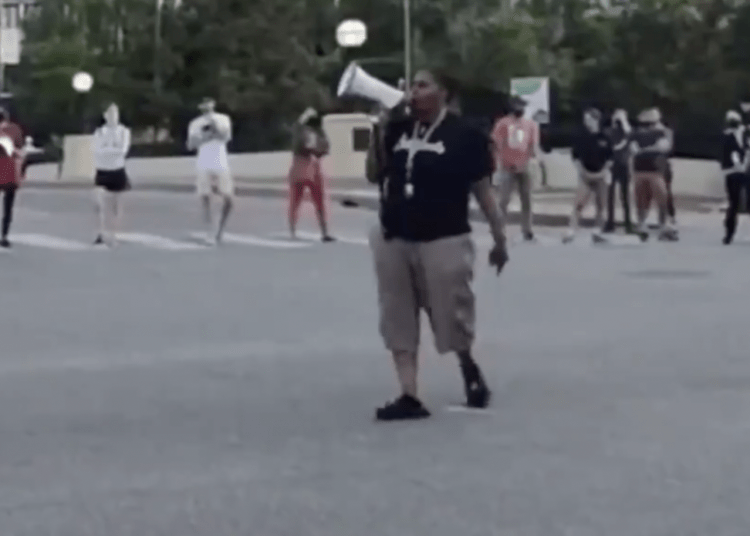 The apparently not-so-peaceful protester exclaimed: “Cause we’re tired of being shot and killed because we’re gonna get pulled over for air fresheners.”

Her tirade, which didn’t seem to do much to help restore “trust” in the community: I’m waiting for one of those motherf-ckers to pull me over. Cause, baby, where I’m from, we don’t give two f-cks about the police. Let them kill one of ours. Guess what we doing? We kill one of theirs in Chicago, baby, they continue. We gonna knock on your door. We gonna blow your motherf-cking head off.”

“We gonna blow your mother f—ng head off” #BLM protester in Kansas City on bullhorn talks about how she and her crew will carry out revenge killings against police. #GeorgeFloyd pic.twitter.com/1h6JuqhpQP

Intersections were also blocked by the protesters.

It appears as if KCPD has ordered the demonstrators out of the streets. And the hard ass that was talking about knocking on doors and shooting police is currently talking with officers. pic.twitter.com/qWUs2e0rmk