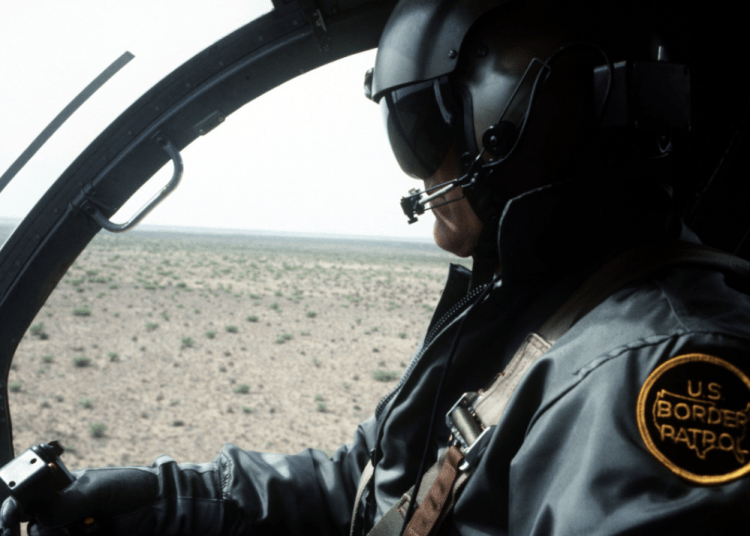 The Biden administration has reportedly placed an unofficial “gag order” on Border Patrol agents and sector chiefs as a surge of migrants swarm the southern border, turning what had been categorized as a crisis into a catastrophe.

Moreover, Fox News reporters confirmed Wednesday during a live telecast that they’ve been denied ride-along requests based upon the change in policy.

Agents responsible for keeping track of the number of migrants in custody have also been told to prevent leaks by not sharing their information. The officials said the restrictions and others like them are often referred to as unofficial “gag orders,” Western Journal reported.

Homeland Security Secretary Alejandro Mayorkas said Tuesday the agency is “on pace to encounter more individuals on the southwest border than we have in the last 20 years.”

“Across the federal government, certain employees are designated spokespeople for their respective agencies and public statements are vetted to ensure accuracy,” a Department of Homeland Security spokesperson said.

“This standard and process has been followed at DHS since the Department’s inception and across bipartisan administrations. Customs and Border Protection continues to publicly provide the same monthly data on the same schedule as it has since 2014.”

The unofficial policy was reportedly passed down verbally, and it has led some agents to release videos showing the state of the border without permission from Washington, according to NBC.

One video released by Rep. Henry Cuellar’s office over the weekend showed dozens of migrants crossing the Rio Grande on a raft. The Texas Democrat has been vocal in the past about his disapproval of President Joe Biden not visiting the border as it is flooded by migrants.

Data on the number of unaccompanied children in the custody of Border Patrol has been relatively protected in the past, but crackdowns on leaks have made it more difficult to collect the data.

According to one official, some access restrictions can be attributed to precautionary measures implemented during the COVID-19 pandemic.

The Trump administration allowed some media ride-alongs last year, but Biden has not allowed a single one since his inauguration.

“Part of maintaining the public trust is to communicate regularly and often,” a former official said.

“It was more restrictive under Obama than under Trump, when there was more autonomy for each region to speak to the media,” the official said.

Mayorkas earlier this month told reporters he intended to be more transparent as DHS secretary, including when it came to interactions with the media.

“Another principle to which I intend to adhere throughout my tenure, and that’s openness and transparency, and that includes the Fourth Estate,” he told reporters on March 1.

However, simply saying it doesn’t mean it’s in practice. When the administration claims transparency, yet operates in secrecy, they are demonstrating hypocrisy. As a result, distrust is mounting.