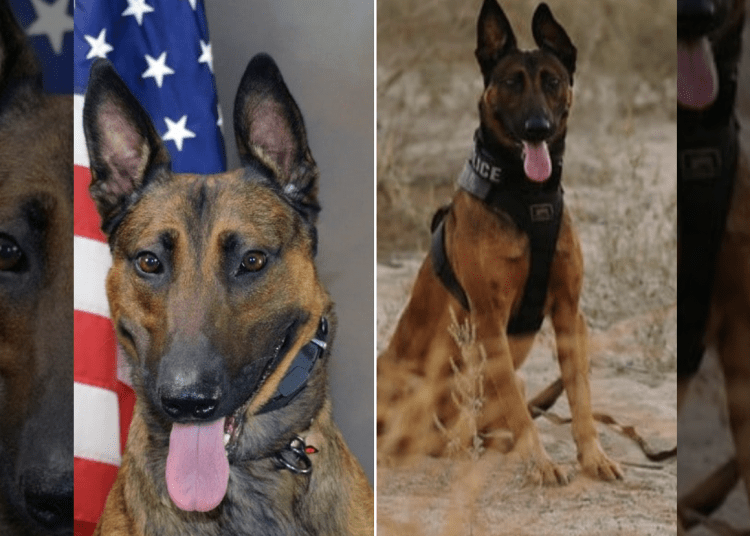 Jango died after he accompanied Bakersfield police officers in pursuit of an unnamed male suspect in a reported stolen vehicle on Highway 58. The man did not stop for officers and eventually fled the vehicle on foot to a residence on Feliz Drive, Newsweek reported.

When officers located the suspect, he opened fire, according to police.

Jango was transported to an area emergency veterinarian hospital where he later died from his injuries.

“In his [Jango’s] time with us, he faithfully served the community of Bakersfield in the field of suspect apprehension and explosive material detection,” read a separate statement announcing the details of Jango’s “end of watch.”

K9 Jango was shot and killed by a gunman on Tuesday. (Bakersfield Police Department)

A Belgian Malinois, Jango was born in the Netherlands in 2015. In 2017, he was united with his handler, Officer Brock Mueller, according to Sgt. Robert Pair.

“As an organization we are still processing the death of Jango, who paid the ultimate sacrifice for his community and those he loved. We are also cognizant that a human lost their life during this deadly encounter,” he said.

BPD said that the identity of the suspect who killed Jango and fired at officers will be released by the Kern County Coroner’s Office, Newsweek reported.

Initially, when the suspect was pursued on the highway by authorities, he drove off the road up the highway’s south embankment and into a chain-link fence that caused the vehicle to become disabled, according to BPD’s statement.

After the suspect fled the reported stolen vehicle, he was located with the assistance of the Kern County Sheriff’s Office’s Air-1 Patrol Helicopter.

“The investigation into the loss of both human and K9 life is ongoing. As has been the case since the deployment of body-worn cameras, footage will be released to the community as the investigation allows it,” BPD said.