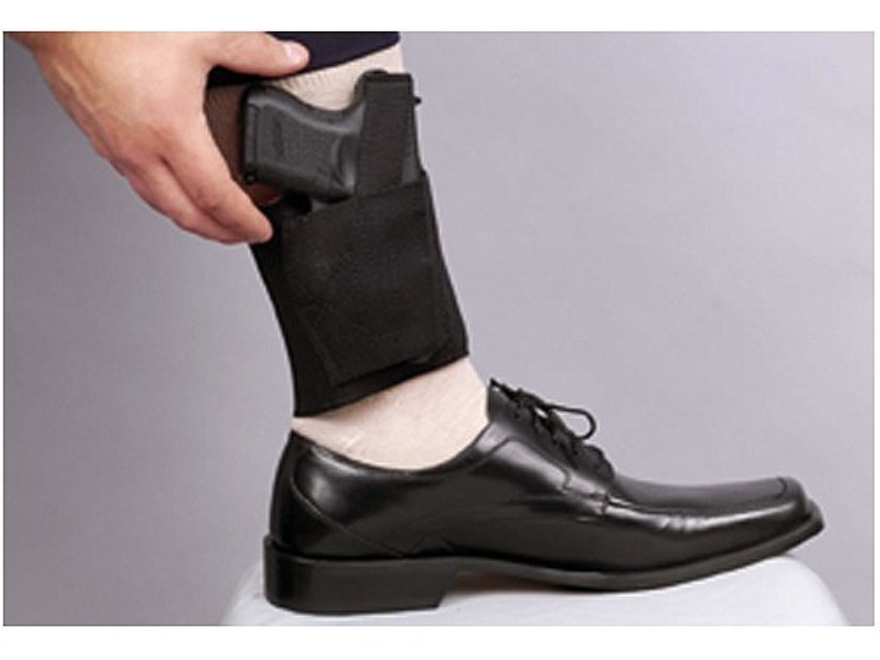 A patrol officer’s stop at a mini-mart takes a deadly turn when a deranged man attacks her and disarms her of her duty pistol. In the fight for her life, she draws her hidden backup gun, shoots and stops the offender. In another case, a K-9 officer struggles to arrest a drug offender. The criminal fights the officer and disarms him. He attempts to shoot the officer but cannot operate the safety on the pistol. The officer draws a backup pistol and kills the offender.

In these actual incidents, the officers prevailed and did not become another terrible statistic. Their training, mindset and access to a critical piece of equipment saved their lives.

Incidents like these clearly demonstrate the need for a police backup gun if an officer is disarmed, or their duty handgun fails to fire, they need access to a backup handgun to avoid becoming another victim.

Many police agencies permit carrying a second pistol. Policy considerations include the type and caliber of weapons allowed, the manner of carry, training, qualification, maintenance and certification.

For maximum protection, the backup gun must be concealed and secure. Most agency policies require this. Carry it in a pants pocket, inside the shirt on a vest strap or low in an ankle holster, out of sight to the public and criminals. In cool weather when wearing a jacket, consider a shoulder rig it’s fast-acquire either sitting or standing. With pocket carry, as you approach a vehicle on a traffic stop, you can walk up hand in pocket ready to meet a deadly-force attack, and the bad guy(s) and public-at-large will not know.

The ability to draw the backup gun is critical when your gun hand is injured or you are locked in a fight on the ground. Using your support-side hand (non-gun side) to draw gives you an added advantage. For those right handers using an ankle holster, purchase a lefty version and carry it on the inside of your right leg. Practice the draw with your left hand. (Lefties, just the opposite.) You will be surprised how easy and fast your movements become. The ankle rig allows access by both hands.

A pants-pocket holster, such as the DeSantis Nemesis, makes for a secure and fast-access option, but one that will not allow a cross-hand draw. This combo sits inside your pocket again, I prefer the support side and is ready instantly. Remember: Pocket carry requires a dehorned handgun. External hammer spurs and sharp edges can catch on a pocket lining as you draw the handgun from the holster, foiling the draw.

Using a subcompact model of your duty gun as a backup gun requires no alternate training and instruction, and it allows you to use the same magazines and ammunition. Progressive agencies, such as the Georgia State Patrol, issue a Glock 22 and 27 to troopers and require them to carry both.

For law enforcement needs, incapacitation is critical, not lethality. At times, the two issues are inseparable: A high-velocity rifle bullet striking the cranial vault is not only immediately incapacitating but also fatal. Not so with small handguns firing low-velocity cartridges.

Many early pocket pistols were .22, .25 and .32 caliber. At the very lowest end of terminal ballistic effectiveness, these subcalibers produced many fatal wounds, but it makes little difference that offenders die if they succeed in their attacks. We need as close to immediate incapacitation as possible. Too many violent, goal oriented offenders have committed murder after suffering non-survivable gunshot wounds they survived long enough. Remember the tragic FBI shootout of 1986 in Miami, the murder of Trooper Coates in South Carolina and other police shootings in which officers and agents were lost to a severely wounded but not incapacitated criminal.

Many of these shootings occur at arms-length, and immediate incapacitation demands head shots. And even when you can achieve a head shot, the skull is difficult to penetrate, so velocity, bullet weight and design remain important factors as well. Many incident accounts and x-rays show the failure of lightweight, slow-moving bullets to penetrate the skull.

To gain some ballistic advantage in ballistically challenged handguns, many agencies require backup gun calibers of .38 caliber or larger. Others do not restrict caliber and allow anything from .22 rimfires on up.

What’s best? One answer: Carry the largest caliber and most efficient bullet design you can control, fire with accuracy and comfortably carry concealed because the handgun you carry not the one locked in a gun safe is what you will use. Small-caliber handguns are least effective absent a brain/central nervous system hit. Lightweight/low-velocity bullets are not first choice. Carry quality duty-type ammo. Practice regularly to make head/neck shots at arms length and beyond.

For many years as my personal backup, I carried a .380 Walther PP in an ankle holster built by AB Industries. When the new generation of small semi-autos arrived, I purchased a Kel-Tec P-32 and then replaced it with a .380 auto version loaded with Winchester SXT ammo. I also use a five shot titanium-frame Smith and Wesson model 342 .38 special revolver now loaded with Corbon 110-grain DPX.

I test each handgun extensively and shoot from contact distance to 10 yards and further. Reliability and accuracy is mandatory do not compromise.

Finally, make your choice of a backup gun and ammunition through personal testing. Ease of carry, live-fire experience and fit-to-hand will tell the story. What works for someone else may not work for you.

I require all firearms carried by my officers to be range tested and certified for reliability and accuracy. We record serial numbers, and the officers can carry only those weapons for duty. Even if an officer owns two of the same model handgun, both must be tested. I have seen handguns missing rear and front sights, with broken firing pins and a number of additional failure issues. We keep records of all range activities, and any firearm that fails must be checked and repaired, or we’ll deny it for service use.

You must regularly clean your backup gun(s). Carried in a pocket holster or ankle rig, the handgun attracts much lint and dust. Incident: A big-city tactical officer, now retired, stopped to assist a motorist, not knowing the driver had just committed an armed robbery. As he approached what appeared to be a stalled auto, the offender turned with a Walther PPK and fired at the officer’s chest from just feet away. The round did not discharge, and the fight was on. The officer killed the attacker, and it was determined the offender’s pistol failed to fire because of lint build-up around the firing pin. That time it was the bad guy. Don’t let it be you.

Also regularly clean, inspect and maintain magazines, ammo and holsters. A good holster keeps your backup gun attached to you. Holsters get old, stretched out of shape or torn up. Incident: A federal agent working undercover is savagely attacked by a rip-off crew. His ankle holster is in bad repair from years of use, and as he struggles with his attackers, his hideout revolver falls to the floor. Surveillance officers arrive and save him.

Worn-out gear has no place on the street.

It’s Up to You

The concept of a holdout/backup gun has been around since the derringer and small handguns came into existence. Historical accounts and photos indicate lawmen and badmen alike recognized the advantage of carrying a handgun while appearing unarmed.

Each new generation must relearn old lessons paid for in blood. In the end, you make the choice. If you decide a backup gun makes sense, put effort into choosing the weapon system. Then train, practice regularly and maintain your gear.

Do your homework; the test is coming.