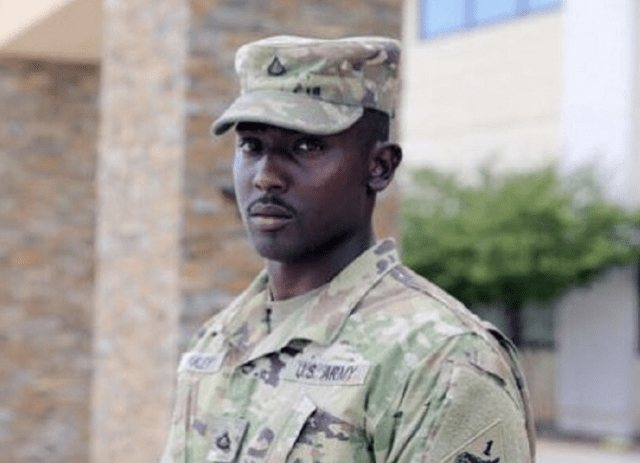 HARKER HEIGHTS, Texas – The Army soldier praised as a hero for guiding a group of children to safety during the Aug. 3 mass shooting in El Paso, Texas, that left 22 people dead has been taken into custody for being AWOL.

Harker Heights is near Fort Hood. Oakley grew up in nearby Killeen. The area is approximately 600 miles east of Fort Bliss, where the Army soldier is stationed.

Miller said Oakley was found in his car and taken into custody without incident. He was taken to the Bell County Jail. Jail records indicate he was not at the facility Friday, suggesting he might have been taken into military custody for extradition to Ft. Bliss, Miller said.

“The chain of command is prepared to receive the soldier and address the issue according to applicable laws, regulation and the Uniform Code of Military Justice,” Fort Bliss spokesman Master Sgt. Vin Stevens said in a statement on Friday.

Oakley, an automated logistics specialist assigned to the 504th Composite Supply Company of the 1st Armored Division Sustainment Brigade at Fort Bliss, was praised for his actions during the shooting at an El Paso Walmart.

He told reporters he was purchasing a jersey in the nearby Cielo Vista Mall and was in a Foot Locker store when a child ran in and said a shooting was taking place. Gunfire soon followed in a nearby Walmart.

“I saw a whole bunch of kids running around without their parents. … I tried to pick up as many as I could and bring them with me,” Oakley told local media after the attack. “I’m in the military and I also have my license to carry. … Being in the military, you just instantly think fast … take cover, get whoever you can.”

Oakley said he and another man began grabbing children and leading them to a safe area. He was awarded the Army Commendation Medal for his actions. However, his reported actions were questioned last month after El Paso police officials cast doubt on his account after reviewing surveillance footage of the shooting.

Fort Bliss released the following statement regarding his AWOL arrest:

“Pfc. Oakley was absent without leave and was apprehended pursuant to a military administrative warrant. Pfc. Oakley is in police custody pending return to Ft Bliss where the chain of command is prepared to receive the Soldier and address the issue according to applicable laws, regulation, and the Uniform Code of Military Justice. We are genuinely concerned about the well-being of all Soldiers in our unit.”