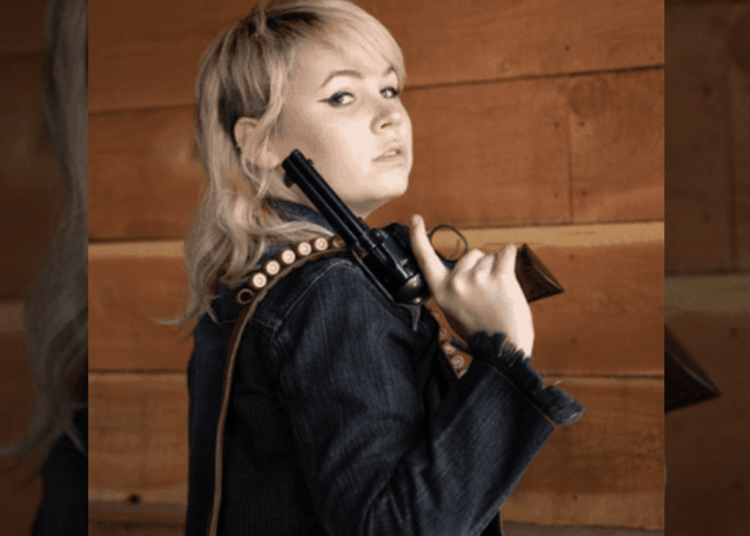 SANTA FE COUNTY, N.M. — Alec Baldwin unintentionally shot and killed cinematographer Haylna Hutchins and wounded director Joel Souza on a set for the movie, “Rust,” on Thursday, based upon his own admission and news reports. The armorer on location once expressed doubt in her capabilities working on Hollywood movie sets, according to a recent podcast.

Hannah Gutierrez was named in records filed on Friday in Santa Fe, New Mexico, related to the fatal shooting, Fox News reported. According to the court documents, the firearm that was negligently discharged and took Hutchins’ life and injured Souza was one of three that Gutierrez had placed on a cart outside the building where a scene from the movie was being created.

Rest in peace Halyna Hutchins, who tragically died after an on-set accident involving a prop gun. My condolences to her family, friends and co-workers. #RIPHalynaHutchins #HaylnaHutchins #RestInPeace pic.twitter.com/FbPCEy1VsN

The armorer also goes by the name Hannah Gutierrez-Reed. She appeared on the podcast, “Voices of the West” last month. During dialogue, she acknowledged an initial reluctance about her ability, according to Fox.

“I just finished up working on ‘The Old Way’ with Nicolas Cage, his very first Western. It was also my first time being head armorer as well. You know, I was really nervous about it at first and I almost didn’t take the job because I wasn’t sure if I was ready. But doing it, it went really smoothly,” she said.

Thell Reed is Gutierrez’s father. He is a well-known armorer in the Hollywood industry.

“Dad’s been teaching me a little bit every now and then about guns since I was 16. But I think we really got more into the stuff more just really in the last couple of years,” she said.

“Originally I had planned on working with cameras or I really liked lighting too. I wanted to do DP work but I kind of just tried it with dad one time and I noticed I had a natural knack for it growing up around guns my whole life,” she added when quizzed regarding her desire to work in the film industry.

Hannah Gutierrez, 24, spoke last month about how she had completed her first film as head armourer.

🗣️ "I was really, really nervous about it at first, and I almost didn’t take the job because I wasn’t sure if I was ready" she said
https://t.co/B4gHJOeQ88

Assistant Director Dave Halls reportedly grabbed a gun used as a prop off the cart and brought it inside to Baldwin moments prior to the deadly shooting. The actor was apparently unaware the firearm was loaded with live ammunition, a detective wrote, according to court documents.

Unfortunately, it wasn’t, according to court records. As a result, when Baldwin discharged the weapon, he killed Hutchins and wounded Souza, who was standing behind her, Fox reported.

It was unclear how many rounds were fired or why the weapon was aimed at Hutchins. Gutierrez removed a shell casing from the firearm after the tragedy, before surrendering the gun to law enforcement personnel when they arrived, court records say.