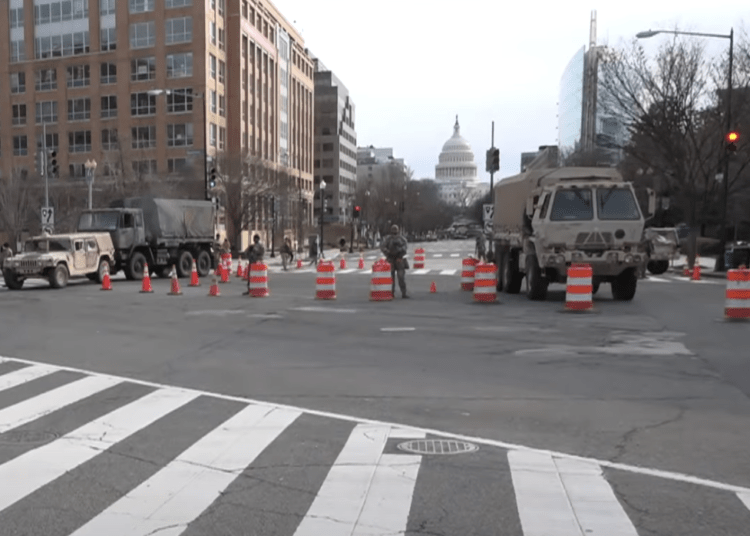 WASHINGTON — A Virginia man armed with a Glock handgun and more than 500 rounds of ammo was arrested trying to drive through a US Capitol checkpoint using bogus inaugural credentials, officials said Saturday.

Wesley Allen Beeler of Front Royal, Va., was taken into custody at 6:30 p.m. Friday after he tried to drive his pickup truck through the checkpoint, according to court documents, New York Post reported.

The non-government-issued pass caught the attention of suspicious Capitol Police officers, who have been on high alert as they prepare for Joe Biden’s inauguration on Wednesday.

Beeler, 31, was told to pull over away from the checkpoint — and when he did, officers noticed the pickup had “several firearm-related decals” stuck to the rear windshield, court papers said.

When police asked Beeler if he had any weapons in the truck, he reportedly acknowledged the Glock beneath his center armrest.

As a result, he was removed from the vehicle and handcuffed.

Additional officers arrived to process the truck — and reportedly found the weapon where Beeler said it was located. Law enforcement authorities said the firearm was loaded.

“Additionally, search of [Beeler’s] vehicle led to the recovery of 509 9MM rounds of hollow point & ball ammunition as well as twenty-one 12 guage shotgun shells in a bandolier located in plain sight in the rear cargo area of the vehicle,” court papers released Saturday revealed.

In an interview with BuzzFeed News, Beeler insisted he is a security contractor for MVP Protective Ser­vices, and had wandered into the checkpoint because he was lost.

“I’m a guy trying to do his job and I honestly made a mistake forgetting my firearm in the truck and not turning around,” he said.

Beeler said he has been working in the area between the Washington Monument and the Capitol building, protecting media equipment. He works with at least 20 other security guards, he said, saying they have the same credentials — a 2021 inauguration pre-event pass. He could not verify his claims about the inaugural credentials and his employment with any documentation, and said Capitol Police had taken his credential.

Beeler also said that he and the other security guards had been showing that credential to Capitol Police and National Park Service officers for the past few days, BuzzFeed reported.

“Other people have this credential, I was the only one who forgot to take his firearm out of the truck,” he said.

Capitol Police and the National Parks Service did not respond to questions about whether security contractors would have been allowed into certain areas in DC with such a pass.

MVP Protective Services and several of its employees in leadership positions did not respond to multiple requests for comment.