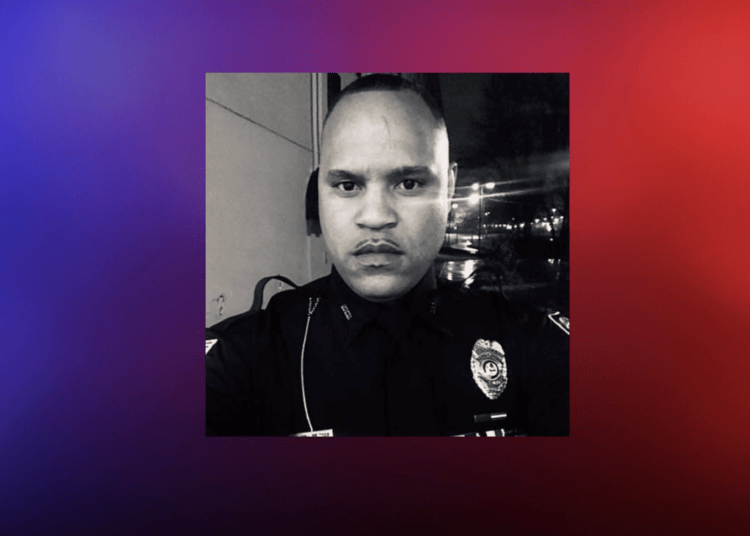 Three officers responded to a call around 12:05 p.m. in Pine Bluff early this afternoon, when a shootout occurred.

Two officers were shot during the shootout. One officer Raff Issac a 20-year Veteran of the Pine Bluff police department is being treated for non-life-threatening injuries.

However, Officer Kevin Collins, a 5 year veteran of the PBPD was shot and pronounced dead at 2:10 p.m. from injuries sustained during the shootout, Fox16 reported.

Kelsey Collins the third officer-involved was a two 2 year veteran of the PBPD was not injured in the shootout. It was unknown if there was a family relationship between Kevin and Kelsey Collins.

#UPDATE: Pine Bluff police confirm that one officer has died.

ATF along with state police and other agencies are still on scene investigating. A press conference is expected soon. #ARnews pic.twitter.com/ZXXQocYQ7J

The shooting occurred at an Econo Lodge off of Blake Street, Fox 16 reported.

This all happened at the Econo Lodge off of Blake Street and now State Police are on scene investigating. Still working to learn more… #ARnews pic.twitter.com/c7Lmit1DMl

According to the report, there have been additional people shot as well. Sources say all of the victims have been taken to the hospital.

BREAKING UPDATE: Sources confirm 2 officers shot and multiple other people were shot in Pine Bluff incident off Blake Street. All were taken to the hospital #ARnews https://t.co/RudzxggBfS

Arkansas State Police are investigating. No further details have been released at this time.