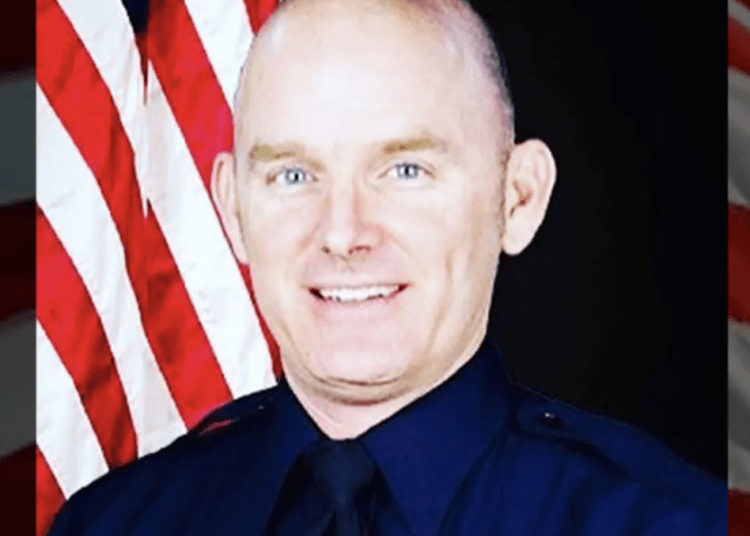 According to Fox News, a vehicle pursuit began in Eloy, when a driver was pulled over for speeding at 10:22 p.m. local time. The pursuit shut down nearby Chandler Airport after the suspect rammed through one of the gates. FOX 10 Phoenix reported that the driver ended up getting back on the freeway, leading police to Gilbert, where the suspect left his car and stole another vehicle from one of the dealerships at the SanTan Motorplex. 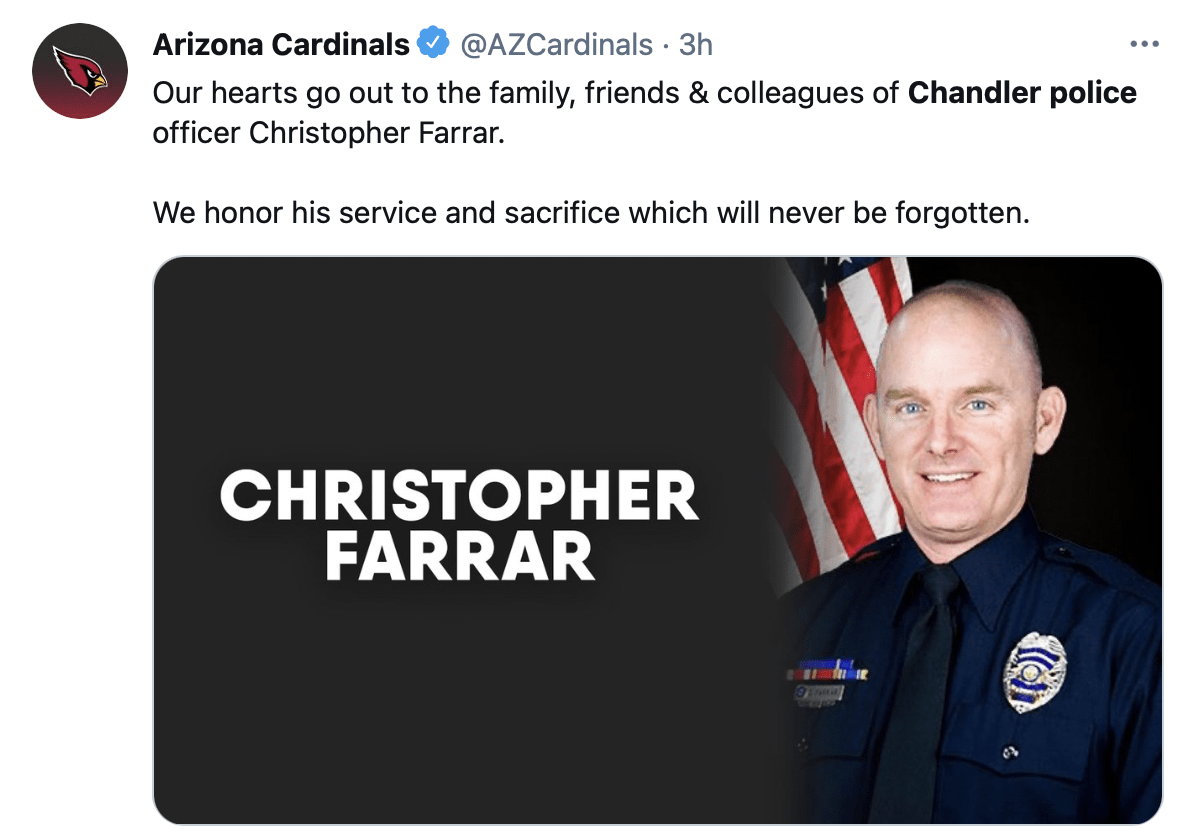 ABC15 reported Friday that ambulances and medical helicopters were spotted leaving the auto complex and that several officers were seen at Chandler Regional Medical Center.

“It is with heavy hearts that we announce the passing of Chandler Police Officer Christopher Farrar,” the department wrote on Twitter. “Officer Farrar was struck and killed by a suspect driving a stolen vehicle earlier this evening. He was a 18-year veteran of the Chandler Police Department.”

Sending prayers to our Gilbert & Chandler, AZ police tonight. This video is from the 202 in front of San Tan Ford where officers were shot. Warning an injured officer is seen. @FOX10Phoenix THANK YOU to the men & women in blue who serve & protect. @GilbertPolice @ChandlerPolice pic.twitter.com/KbQvjBIlGs

The suspect has not been identified but officials said he was in custody and injured following a shootout with seven officers at the SanTan Motorplex.

Share and speak up for justice, law & order...
Tags: arizonaChandlerOfficer Down