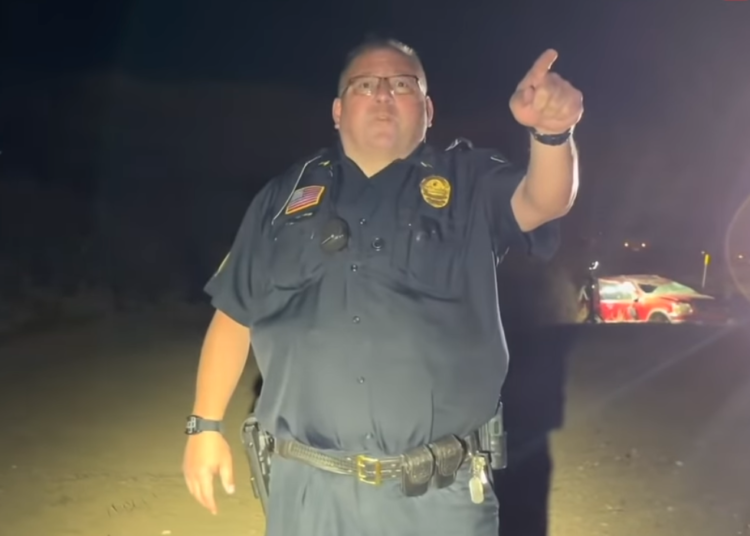 State Rep. John Kavanagh sponsored the bill signed by the governor. He says it will protect law enforcement officers and keep them focused on their jobs. Opponents claim it gives police too much power, violates the First Amendment, and is intentionally vague, the Washington Examiner reported.

Kavanagh, a retired detective sergeant with the Port Authority, said he has no problem with people filming law enforcement at a distance but argues that when they come too close, it can escalate a situation or distract the officer.

“Getting very close to police officers in tense situations is a dangerous practice that can end in tragedy,” he wrote, according to Arizona Central. “Police officers have no way of knowing whether the person approaching is an innocent bystander or an accomplice of the person they’re arresting who might assault them. Consequently, officers become distracted and while turning away from the subject of the encounter, the officers could be assaulted by that subject or that subject could discard evidence or even escape.”

Responding to critics of the bill, Kavanaugh, a Republican, said during a recent interview, “I have no problem with people videotaping police activity, when they’re a reasonable distance away. This bill simply says you’re free to photograph police officers, but if it’s a potentially dangerous situation, you simply have to stay back 8 feet. It’s a very reasonable bill, and only unreasonable people walk right into the middle of an arrest encounter. It’s dangerous for everybody.”

Exceptions to the 8-foot rule were made in the following circumstances:

“Members of the public have a First Amendment right to video police in public places, and what this tries to do is discourage people from doing that,” he said. “You are punishing people for exercising their First Amendment right, when they are not actually interfering with police.”

However, the reality is that any uninvolved person who encroaches this space is in fact interfering, despite their perception to the contrary.

The new law, which is sure to be challenged, goes into effect Sept. 24.