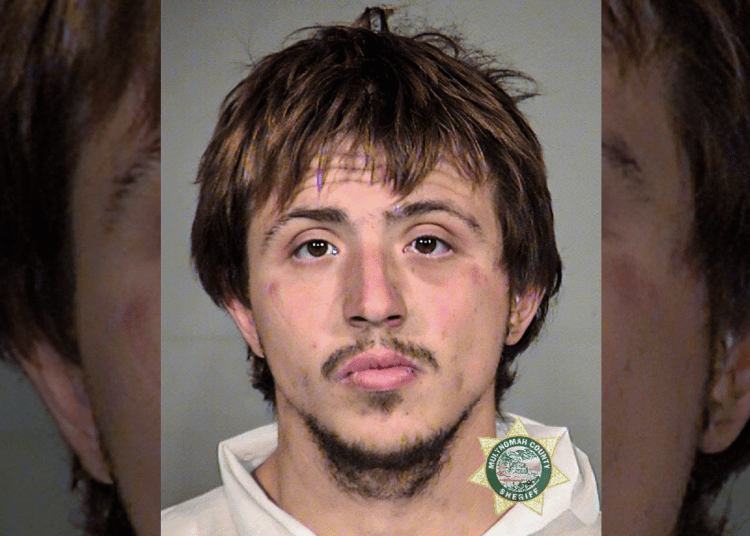 PORTLAND, Ore. — The Portland Police Bureau has identified Antifa rioter Joseph Robert Sipe, 23, as the victim of a homicide in May. He was found stabbed and burned at a homeless encampment, according to reports.

PPB was dispatched on May 25 to a call of a hand protruding from beneath some wood in a fire pit at a homeless encampment in the northeast portion of the city. The hand turned out to belong to Sipe’s corpse, according to authorities, Post Millennial reported.

Investigation revealed that Sipe had been stabbed multiple times. The cause of death was determined to be blunt force or sharp force trauma.

Aaron David Christopher, 41, was later arrested for the homicide. He was charged with felony second-degree murder and felony first-degree abuse of a corpse in Sipe’s death. The criminal defendant has pleaded not guilty. His trial is scheduled to begin in August 2022.

At the time of his death, Sipe had riot-related charges pending after being charged with one count of rioting and one count of unlawful possession of a destructive device in connection with a violent Antifa riot on Sept. 24, 2020.

Sipe admitted lighting the wick of a Molotov cocktail and then launching the device behind a line of uniformed police officers as law enforcement personnel moved along Southwest Main Street, according to court documents.

Breaking: Joseph Robert Sipe, 23, was arrested at the Portland #antifa riot where firebombs were used. He's charged w/1st-degree attempted murder, 1st-degree arson & other felonies. There is a federal hold on him, so he can't be quickly released. #BLM https://t.co/m7BIoxRd65 pic.twitter.com/2NAGK0LD86

Sipe pleaded not guilty to the charges before he was found dead. A bench warrant was issued for his arrest after he missed a hearing on April 20.

According to Oregon Live, Sipe “had come to Portland from Georgia, where he had a prior assault conviction, about nine months before his arrest and had been experiencing homelessness. He had also been diagnosed with schizophrenia and had substance abuse issues, according to court records.”