A Cause for Celebration and Hope for the Future 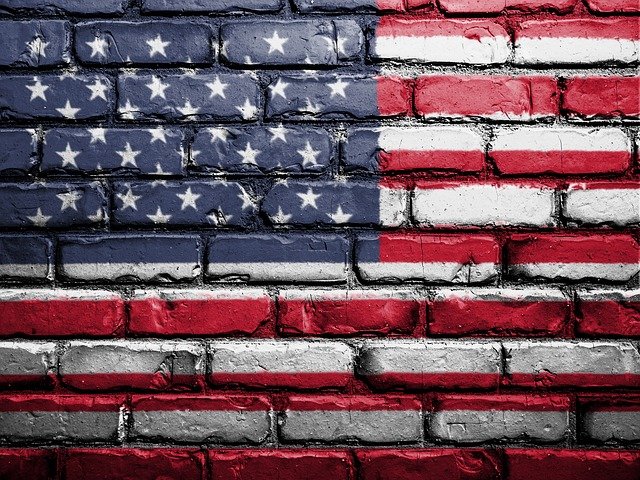 byRich Cibotti
Share and speak up for justice, law & order...

“The Second Day of July 1776, will be the most memorable Epocha, in the History of America. I am apt to believe that it will be celebrated, by succeeding Generations, as the great anniversary Festival. It ought to be commemorated, as the Day of Deliverance by solemn Acts of Devotion to God Almighty. It ought to be solemnized with Pomp and Parade, with Shews, Games, Sports, Guns, Bells, Bonfires and Illuminations from one End of this Continent to the other from this Time forward forever more. You will think me transported with Enthusiasm but I am not. I am well aware of the Toil and Blood and Treasure, that it will cost Us to maintain this Declaration, and support and defend these States. Yet through all the Gloom I can see the Rays of ravishing Light and Glory. I can see that the End is more than worth all the Means. And that Posterity will tryumph in that Days Transaction, even altho We should rue it, which I trust in God We shall not.”

Future President of the United States, John Adams, wrote this after the passage of the Lee Resolution, which unanimously declared the colonies independent from the British Empire. While Adams had an integral role in getting another future President, Thomas Jefferson, to write the Declaration of Independence, Adams’ timing was a bit off. The annual celebration Adams describes ended up being on July 4th, the day the Declaration of Independence was announced, and explained the Lee Resolution. And just like that a new nation was born.

“We must all hang together, or, most assuredly, we will all hang separately.”

Ben Franklin’s simple statement at the time of the signing of the Declaration encapsulates the enormous risk the Second Continental Congress took by declaring independence. In the 246 years since that day, we may have lost sight of the sacrifices they made in hopes of a brighter future, and the certain death they would face if the battle against the British Empire was unsuccessful.

The American Revolutionary War began almost a year earlier at Lexington, Massachusetts on April 19, 1775. The Thirteen Colonies at the time were not a perfect union. In fact, there were no real loyalties or deep abiding connections between them other than geographical location. The idea of being an American was a foreign concept to the colonists. While many expected a treaty to come and the end of the conflict, the issues between the future Americans and the Crown only grew deeper.

HOPE FOR THE FUTURE

Today, these United States are increasingly divided. While some even speak of a potential Civil War, I think there is more hope for continued unity. When I think of the hope for unity, I think of Jefferson and Adams themselves.

In the years after the Declaration was signed, Adams and Jefferson became bitter rivals. In the election of 1796, Adams was elected to succeed George Washington as the 2nd President of the United States. Since Thomas Jefferson finished in second place, at the time, it made him the Vice President. In Jefferson’s new position he attempted to undermine many of Adams’ actions as President. By the election of 1800, Adams and Jefferson were firmly in two different political parties and running deeply personal campaigns against each other. Jefferson won the election, making Adams the first one term President.

Adams wrote Jefferson a letter in 1801 wishing him well and a prosperous presidency. After that the two did not speak for almost 12 years. The two men reconciled over a series of letters, 158 letters to be exact, to each other beginning in 1812. The once bitter rivals had become brothers once again.

On the 50th Anniversary of the signing of the Declaration of Independence, July 4th, 1826, John Adams died. Among his last words being:

What Adams did not know is that Jefferson had actually passed a few hours earlier that day. Both men, once brothers, once bitter rivals, passed on the same day, celebrating this great nation they were pivotal in creating.

But Thomas Jefferson does indeed live. His words have lifted many nations into independence. His founding statement provided a guide of ideals to live by for our nation for almost a quarter millennium, and continues to provide a framework for many others seeking to be free.

So, on the 246th Anniversary of brave men declaring our Independence, celebrate. If you have never read the Declaration of Independence, or just need a dose of the “Spirit of ‘76,” read it here:

Be proud of the exceptional nation we are all apart of. From sea to shining sea, celebrate the sacrifices many have made to get us here today. Proudly hang the star-spangled banner for all to see. And remember that although we may have differences, we are all Americans.

This article is courtesy of Rich Cibotti’s Substack. You can subscribe here.

Rich Cibotti is a Sergeant in the San Francisco Police Department. In almost 14 years on the job, Rich has worked in the Southern, Tenderloin, and Taraval Police Districts. Rich is a primary instructor in multiple subjects at the SFPD Police Academy, teaching both new recruits and tenured members. You subscribe to Rich's Substack at: https://richcibotti.substack.com

Watch FedEx Driver Save American Flag From Getting Burned

On The Beat: Lt. Jim Koch