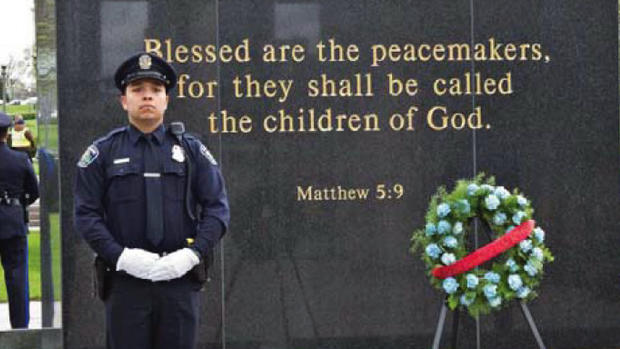 Ambush-Style Killings Of Police Up 167% This Year

Ambush-Style Killings Of Police Up 167% This Year

It ties for the deadliest year for such attacks, matching 2014’s 16 ambush-style killings.

In all, there have now been 40 officers shot and killed in ambushes since 2014, said Steve Groeninger, spokesperson for the National Law Enforcement Officers Memorial Fund, which tracks police fatalities.

Urbandale Police Officer Justin Martin and Des Moines police Sgt. Anthony “Tony” Beminio were the latest fatalities. Both were gunned down separately in their patrol cars while responding to reports of gunfire early Wednesday.

Overall, more officers have been shot and killed so far this year than during any full year since 2011, according to the fund.

An ambush is generally referred to as an attack that takes place by surprise or from a concealed position. Two other serious examples of such assaults this year include:

On average, one law enforcement officer is killed in the line of duty in the U.S. every 61 hours and more than 20,000 police officers have lost their lives in the line of duty since the first known line-of-duty death in 1791, according to the National Law Enforcement Officers Memorial Fund.

The Deadliest Days In Law Enforcement