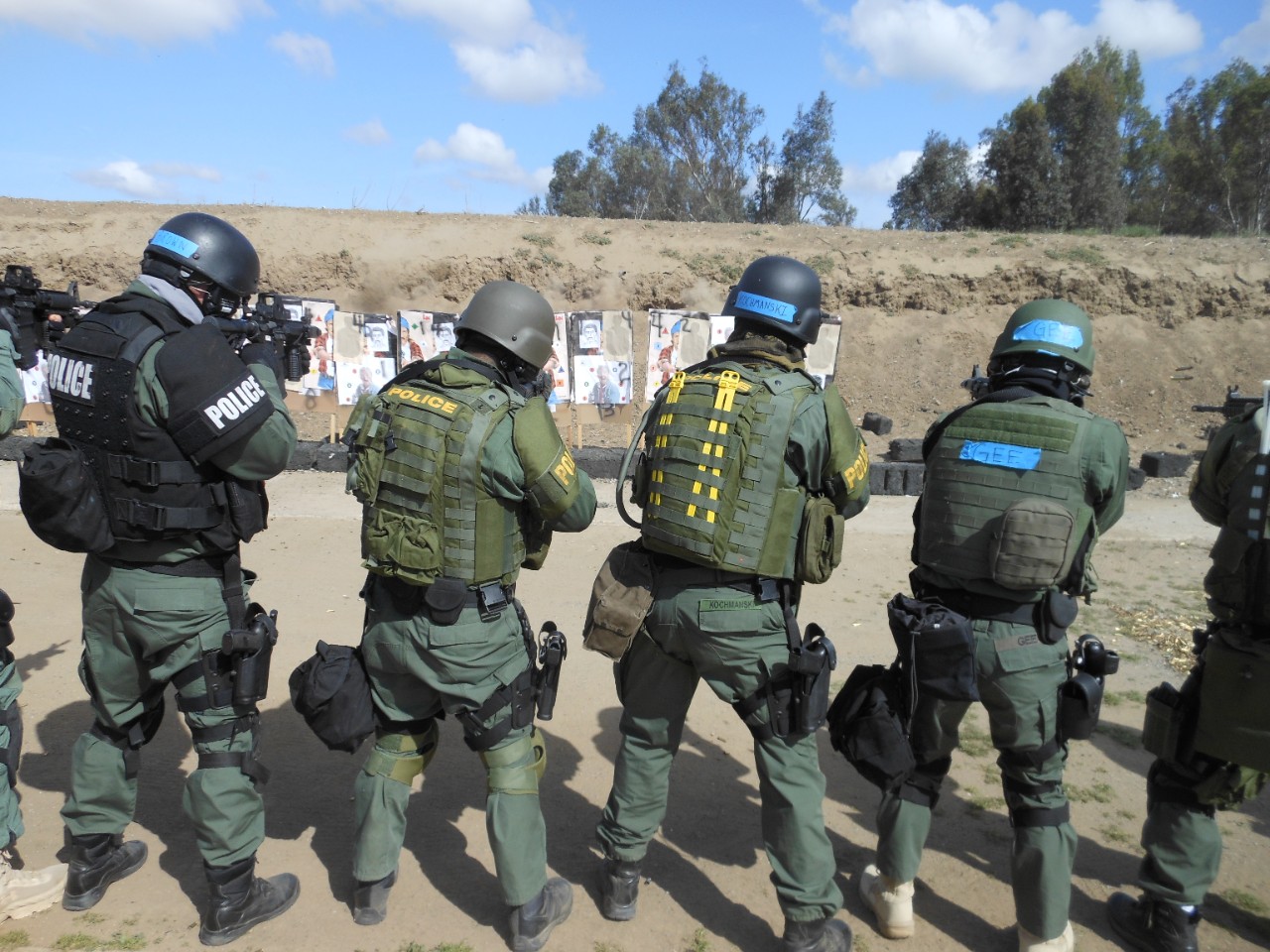 Additional Guidelines for the Use of Lethal Force

Additional Guidelines for the Use of Lethal Force

Last month, we began with the concept of the "first shot"—that split-second decision to use lethal force. We covered relevant suggestions that trainers may consider sharing with their students to help them make the best possible decision under duress. In this article, we will go further with additional suggestions to keep in mind when using force, especially lethal force.

As a young cop, I worked with veteran police officers who had raised the use of four-letter words to a refined, street-oriented verbal art form. But that was then and this is now. Today, more than ever, we live by our words—not just on the street, but also in our reports and on the witness stand. I know there are exceptions, but using profanity should be a conscious decision rather than just an adrenaline-pumped officer running his mouth.

There are plenty of examples of veteran cops challenging suspects at gunpoint. Through their command presence and controlled use of PG-rated vernacular, they made it very clear what would happen if that suspect failed to comply. And in my experience that approach was often successful. As a counterpoint, however, there are examples—just search YouTube—of officers being verbally stupid while a camera cements the moment into video history. Do you not see that bad karma may surely follow such bad language?

Like excessive force, the courts have taken notice of excessive language. In one SWAT use-of-force case (Sharrar v. Felsing 128 F 3d 815-6), the officers were quoted as ordering suspects at gunpoint to "Keep your f**king head down or I'll blow it the f**k off!" The court then went on to state that "while the language and method used to effect the arrests appear to be more akin to the Rambo-type behavior associated with police in overdramatized B movies or TV shows than the police conduct ordinarily expected in a quiet, family seaside town, we are reluctant to establish a precedent that would subject every police arrest of a group of possible violent offenders to compliance with Marquis of Queensberry Rules of fair play." That being said, please realize that a jury swayed by a persuasive attorney and charged with deciding who will own your house might not be as marginally understanding as this court.

Language should be at a PG level unless it's necessary to go further, communicating instructions and intent to suspects in their own vernacular. This should be a conscious tactical verbalization. It is a reality that our "client base" includes people who are not good citizens—e.g., street thugs and psychopaths. With them, going beyond that PG level should be a calculated step to prevent having to escalate to a higher level of force. I'm good with that so long as the choice of words can be explained with some form of reasonable logic. An added piece of advice: Document what was said, rather than leaving it out of a report.

The bottom line: Unless there is a good justification to use more aggressive language, if you wouldn't say it in front of my mother or yours, then be smart and don't. Remember that while your words may seem at the moment to be good or even "tactically bitchin,'" eventually the vocabulary used may have to be justified to the chief or even 12 civilians in the jury box.

For a young cop in the 1970s, less lethal options were pretty much limited to fists, saps, flashlights and sticks. Today's officers are fortunate to have access to much more effective less lethal tools. In essence, it's expected of us. If less lethal options—bean bags, Tasers, OC spray, 40mm sponge rounds, K-9s, etc.—are available, they may help resolve the situation. And that's a good thing. But based on factors like a suspect's actions, these options may not always be on scene when needed or they may not be appropriate for the circumstances.

Some critics have advocated methodical, step-by-step less lethal applications for conflict resolution. Such an escalating approach is not tactically sound. This is because suspects often create the demand for a police reaction—including lethal force—either before the appropriate less lethal tool is available or in spite of its presence. That being said, within the context of "industry standards," it's a good idea to have less lethal options available as potential problem-solving tools.

During the 1970s, I worked with George Snyder, a veteran street cop who was straight out of a Joseph Waumbaugh cop novel. He was overweight and often had an unlit cigar clenched between his teeth—but he was a great street cop. He once told me "Kid, it is smarter to talk them into jail than fight them into jail—if they will let you." Now, I often share this advice as Crisis Reduction 101 training. Good street cops are also good street negotiators.

A couple of bonus negotiation suggestions to consider:

Not too long ago, a good patrol cop in Huntington Beach, Calif., was forced by a suspect to use lethal force. Within moments, the officer was OK and the crook lay wounded on the ground, no longer a threat. The officer moved up, taking the suspect into custody. Next, he retrieved a trauma kit and, rather than waiting for paramedics, immediately began initial first aid. That is professional work. It may not always play out this way, but once the suspect is safely in custody, rendering initial medical aid when practical is smart both for the immediacy of the event—we are still dealing with a human being—and for the long-term legal aspects.

Another scenario to consider: Police are in a late-night standoff with a suspect barricaded on the porch of a residence. Partially hidden in the shadows, he says he has a firearm but keeps his hand concealed so it cannot be confirmed. (In the aftermath, it was discovered that the "gun" was just a sandal, but the officers never saw this.) He warns the police that if they launch their K-9 at him, he will shoot. The dog is eventually sent in his direction. Predictably, he brings his hand out and officers use lethal force. Both the dog and the suspect are severely wounded. Officers move up, cover down on the suspect and the handler retrieves his dog. A police helicopter is called to the scene and the dog is medevac'd to a veterinary hospital (where it dies), while the suspect is left on the porch bleeding out from multiple gunshot wounds. He dies soon after. I'm a dog lover to the max, but it's very difficult to agree with a decision placing a K-9's life above that of a human being.

Be Competent with Your Weapons

Like the previous suggestions, is this not obvious? However, the reality is that when it comes to our cop "tools," there are a wide variety of skill levels. Some officers are very proficient—true students of their profession, especially in the important area of firearms. In both their skills and their mindset, they believe in the phrase that, "Sometimes in police work, we only get one chance to do things right." Rightly so, those folks deserve respect. They are role models for us all.

Hopefully at your shop, there are few if any on the opposite end of the spectrum. But I have been a cop for 35-plus years, so I'm a realist. I understand that some officers are marginal or even woefully inadequate. They may think that it won't ever happen to them or that they will rise to the challenge when it does. BS! My basic response is that each day you carry a gun—regardless of assignment—your firearms competency level should be based on the fact that somewhere over the horizon is the possibility that you will have to use that weapon accurately, thoughtfully and reasonably.

As a sidebar, the question often comes up regarding what to do with a suspect's weapon when it is on the ground. An adrenaline-driven response is to immediately pick it up. Under some circumstances, that might be the right move, but it should be a conscious decision rather than just a gut reaction. If a conscious suspect is in close proximity to the weapon, an alternative is to come up with a plan first: hold behind cover, order him to move away from it and then move up.

Either way, when an officer advances, a suggested technique is to just stand with a boot on the weapon. Staying in this position until the situation is "cold" controls the weapon and virtually guarantees that we won't harm ourselves or someone else while handling an unfamiliar firearm. (And yes, that has happened!) Once things are calm, the weapon can be unloaded and processed as evidence in a proper manner. If, however, an officer puts his fingerprints and/or DNA on that weapon prior to the scene being secured, it opens up possible avenues of attack by an opposing attorney.

I chose to end with this piece of advice because it is critically important. People do not always believe our version of events, and attorneys may try to capitalize on any hint of this distrust. Unfortunately, some members of our profession have helped to create this atmosphere.

Memory distortion in the intense aftermath of a shooting is one thing. Evasive or untruthful statements are totally different and quite possibly prosecutable. (Google "Brady Officer" and you will see what I mean: about 13 million hits.) This will only get worse for law enforcement as a whole, and for us as individual officers, unless we fully commit to being honest about our thoughts and actions in the wake of events that threaten lives.

I hope I've served you well with these suggestions. I realize that some folks may not agree with them—that's police work. But for me, it's a truth thing: I firmly believe that whenever applicable, following these suggestions as part of conscious decision-making and situational awareness well before a challenging moment, as well as during it, will make a difference for you and for our profession.