Community Grieves Its First Loss of An Active Police Officer 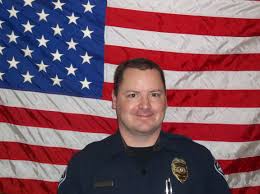 It’s the first time in four decades that an active police officer has passed away in Lochbuie (CO).

Members of the police department confirm that Michael Anderson is the officer who died in a traffic collision on Friday night.

Fox 31 reports that he was off duty at the time but was on his way in for his shift.

The Colorado State Patrol is still investigating the collision.

Officer Anderson leaves behind a daughter.

Michael was hired as a Reserve Officer in February 2013 and accepted a full time position in January of 2015.

A GoFundMe account has been established in his name.

Share and speak up for justice, law & order...
Tags: accidentcoloradoheadlineNews