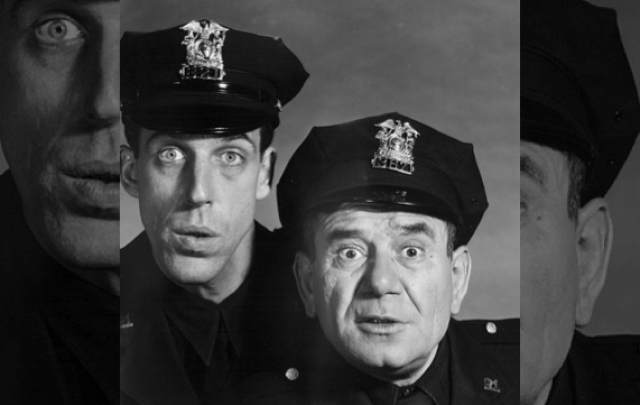 There are many fatal flaws practiced by cowardly leaders, because bosses have developed so many ways to screw their employees.

Moreover, most of the supervision malfeasance is done unintentionally. As a result, the overwhelming number of followers—people in the trenches—are consigned to obey orders from some extremely flawed individuals.

These are not unethical people; they simply do not practice good leadership behavior. This occurs in the majority of supervision because most people are naturally selfish and self-centered, they just don’t realize it. Effective leadership is about serving others, not building an empire.

A nationally respected trainer in police supervision and management is Dr. Jack Enter. He says in his book, Challenging the Law Enforcement Organization, the following:

At a recent law enforcement conference, a researcher summarized his findings indicating that ineffective supervisors and managers may be one of the strongest sources of stress for law enforcement personnel. This conclusion is supported by literally thousands of interviews I have conducted. When I asked personnel whether they ever wanted to quit the profession, most responded affirmatively. When I asked why, they consistently answered along the lines of, “There was this guy who was my lieutenant . . .

Dr. Enter suggests the vast majority of police managers are ineffective for a variety of reasons. He says that police officers he has interviewed say somewhere around 5-10 percent of their supervisors demonstrate true leadership behaviors—leaving 90-95 percent lacking skills to be effective from their perspective. That is an alarming number.

Furthermore, Dr. Enter says true leadership is abnormal behavior since it goes against the grain of helping others advance at our own sacrifice. I would also add that another reason it’s abnormal is the effective leader recognizes his accountability to subordinates as well as superiors. That is a radical statement to most bosses who see their role as lord, not leader.

Leadership is a potent combination of strategy and character. But if you must be without one, be without strategy.

He was an ethical leader who did many fine things for our department, but this ruffled his feathers. There was an implication that we needed to kiss the signet ring. I failed the test and never saw another advancement in my career.

What follows are seven flaws that stymie effective leadership. A person who overcomes these deficiencies will vastly improve their service.

Assertive supervision is the premise that effective leaders surge ahead regardless of the task or assignment. Passivity is firmly entrenched in the foundation of vacillation. The vacillating boss suffers from incompetence and fear. The laissez faire leader possesses passivity on steroids. This leader will let his personnel run amok, and quickly place blame for indiscretions that should have been corrected, had his head been in the game.

“Let’s just go along to get along” is the dance performed by some supervisors. Consequently, you better check the weather report for stiff winds, because they will blow the appeasing leader all over the city. The supervisor who practices appeasement might change her mind every time there is a point, counter-point made. She will never take a position for fear of disagreement. Potential conflict will paralyze the appeaser.

I’m going to be blunt with my description of the monitoring leader. He treats every decision like a gastroenterologist performs a colonoscopy. The cliché’ would be paralysis from analysis. But good writers avoid cliché’s so let’s simply say he’s like a doctor up your butt. Enough said?

I have more regarding the supervising-doctor-gastro-oscopy style of leader. He’s always waiting for the perfect time to pull the trigger—so to speak—on the proposal or project. His demands have turned minions into little scientific-mathematicians. By the time they complete the research he’s demanded, the only conclusion they’ve drawn is that he should be given a wedgie—remember your childhood?—or worse.

And his conclusion once he’s received the empirical data? “We better wait. I don’t think the time is right,” to which you fume under your breath, Then why did I waste all my time with the research?

All right, we’re cops, so we all know what a pimp does. He exploits his employees—sex slaves—for his personal benefit. And while the workers “B” working . . . Sidebar: In California cop-slang a prostitute is known as a “B girl” since the penal code section covering this violation is 647(b) . . . Return to article: while the workers “B” working, the boss is living high on the hog somewhere.

Actually, this title is a bit misleading. The absent leader is always there, but “there” is usually somewhere else.

While the workers keep plugging away, the absentee-landlord-leader is schmoozing her bosses, or she’s away at another training conference making sure she has enough feathers in her cap for the next promotion.

You might think the pimping and absentee leaders are similar, and you’d be correct. Actually, they are close cousins sharing similar DNA.

Ironically, many type A personalities, which describe most cops, don’t mind the absentee supervisor, as long as she stays out of the way. But the reality is that she never fully understands how to connect the dots because she never had to. And that is important when the ”fit hits the shan” as country music star, Toby Keith, once sang.

This fatal flaw is so prevalent it’s pitiful. Everything is seen from his own personal worldview. When there are competing interests, he is always right. If there is a conflict, he’ll get his way. Does he have flaws? Not a chance. He is perfect; just ask him.

Going to the Toby Keith well again, have you felt like the character in his hit song, I Want to Talk About Me? In the tune the boyfriend is dating a girl who lacks self-awareness. The world revolves around her, until finally he blurts out:

I want to talk about me

Want to talk about I

Want to talk about number one

Oh my me my

What I think, what I like, what I know, what I want, what I see

I like talking about you you, you, you usually, but occasionally

I want to talk about me

Self-aware-blindness will eventually lead followers to resent and disrespect this leader. As a result, his self-centered-world will isolate him, a fatal flaw for an effective leader.

Do Not Forward to Your Boss

So now that you’ve absorbed six fatal flaws of ineffective leaders, you need to avoid the temptation of sending a copy to your boss! In all likelihood, it will not be received with “warm fuzzies.” Rather, conduct your own self-analysis. Everyone has influence in one manner or another. Who is in your circle?

Moreover, if you are a boss yourself, muster the courage to discuss these traits with people under your command. It will either open Pandora’s box, which could lead to improved relationships, or perhaps affirm some positive attributes in your leadership style.

Yet if passivity is one of your fatal flaws you will do nothing. You simply want to appease everyone in the office by monitoring events while you pimp your career. Actually, your followers appreciate your absence since you lack self-awareness. They actually get more done when you are not there to interfere.

But what happens when employees need a boss to run interference or have their back? If the leader routinely exercises the previously mentioned fatal flaws, don’t worry, he or she will commit the seventh one: persuaded by politics.

Drinking from the well of political influence can be intoxicating. In other words, it impairs rational thought. Once that occurs, bend over and kiss your arse goodbye.

Leadership may be the hardest thing to do in human experience. If you doubt this statement ask a mother or father if parenting isn’t one of the most difficult challenges they’ve faced in life. Parenting children is leading little people. The youngsters grow into our employees who still need to be led. Sadly, the leader who exercises these flaws usually survives. It’s the followers who suffer the fatal consequences.